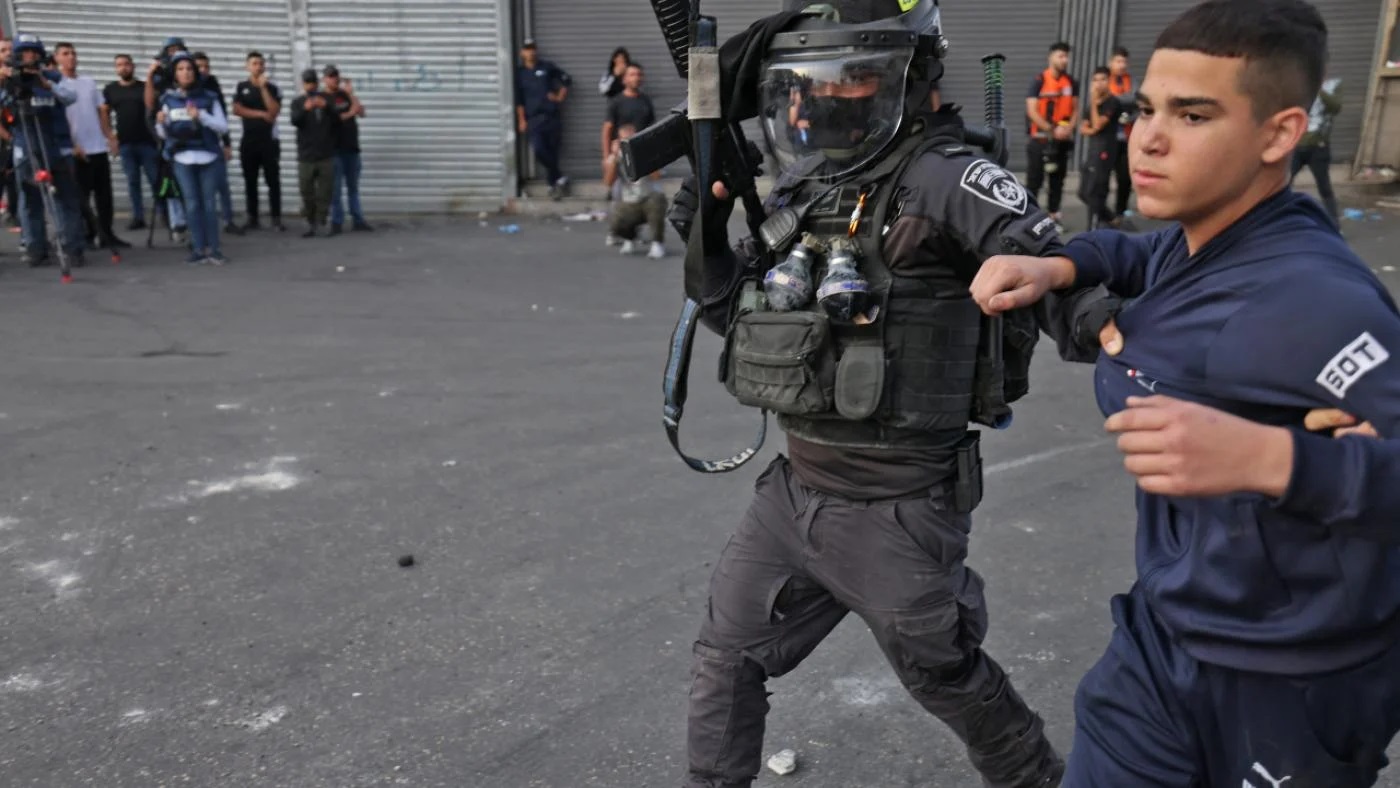 Residents were reported to have taken to the streets in Isawiyah, Silwan, A-Tur, Ras al-Amud, Shuafat, Jabel Mukaber, Sur Baher and Beit Hanina.

Nine Palestinians were arrested, and two Israeli officers were reported injured in Isawiyah.

Many Palestinians had observed a day of civil disobedience earlier on Wednesday in solidarity with residents of the Shuafat camp in East Jerusalem which has been under Israeli lockdown for five days.

A general commercial strike was held in East Jerusalem and the occupied West Bank.

The strikes were called for by residents of Shuafat and a newly formed armed group in the West Bank named the Lion’s Den.

The Nablus-based group called for “days of rage” against the Israeli occupation in a statement and urged citizens to join in strikes and protests near Israeli checkpoints.

On Wednesday, Osama Adawi, 18, was shot dead in the abdomen by Israeli troops in the al-Aroub camp in Hebron, the Palestinian health ministry said.

Elsewhere in the West Bank, two Palestinian youths were reported injured on Thursday after being shot by Israeli forces in the village of Kafr Dan, to the west of Jenin.

Another Palestinian youth was also injured on Thursday when dozens of Israeli settlers broke into an area of Joseph’s Tomb, east of Nablus.

Medical sources said the youth was shot by Israeli gunfire and was later taken to hospital.

Early on Thursday, Israeli settlers broke into Al-Aqsa Mosque, in East Jerusalem, under heavy protection from the Israeli fores.

People in Shuafat camp, located just two kilometres from Jerusalem’s Old City, have been besieged in the neighbourhood since Saturday evening, after an Israeli soldier was fatally shot at a checkpoint leading to the camp.