Gaza gets new center for treating children with cancer

Suhaib al-Aneizi was playing in kindergarten when he suddenly fell to the floor.

After a medical examination, he was initially diagnosed with anemia. But when Suhaib had another episode, doctors in Gaza referred him to the Augusta Victoria Hospital in occupied East Jerusalem. The results of tests undertaken there showed that the 5-year-old had cancer.

Since he returned to Gaza last year, Suhaib has been treated at al-Rantisi Hospital, which specializes in pediatric care.

The staff at al-Rantisi have limited facilities at their disposal. “Sometimes, patients have to receive chemotherapy while sitting on chairs,” said Radwan Abu Warda, a nurse who attends to Suheib’s needs. “We do not have enough beds.”

The situation should improve later this month, when a new department will open at the hospital.

Costing $3.5 million, the new department has been built on the initiative of the Palestine Children’s Relief Fund (PCRF), a US-based charity.

It has been named after Musa and Suhaila Nasir, co-founders of the PCRF.

Cancer is a leading cause of death – for both adults and children – in Gaza.

Children with serious illnesses, including cancer, frequently have to leave Gaza for medical treatment. In many cases, they have been blocked from traveling by Israel.

The World Health Organization has reported that five child patients were denied permits to cross Erez, the military checkpoint separating Gaza and Israel, during December 2018 alone. A total of 130 children were delayed from traveling through Erez in time for a hospital appointment outside Gaza during that month.

A key objective of the new hospital department is to provide vital care within Gaza.

“We are going to start providing all medical care needed for those children, as best as we can,” said Steve Sosebee, the PCRF’s president. 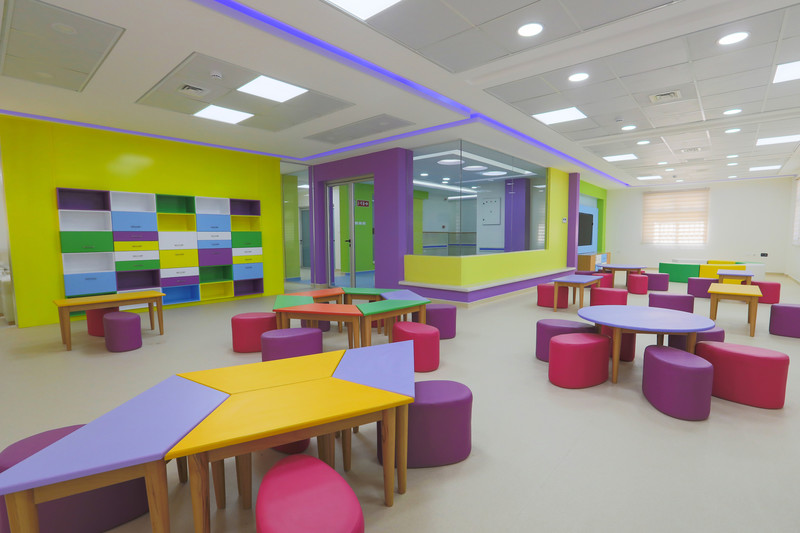 Plans for the 2,500 square meter department were originally drawn up in 2014. Yet completing the work has been hampered by the Israeli blockade on Gaza.

The construction material and medical technology required for the department had to be imported. In many cases, securing the necessary equipment proved an ordeal as Israel has placed stringent restrictions on the entry of goods.

Some items needed by the department have still not arrived in Gaza, Sosebee confirmed. The PCRF should nonetheless be able to go ahead with the opening this month.

According to Sosebee, Israel’s restrictions presented a “real obstacle” which the charity had to clear. “Certain items could enter Gaza within a short space of time,” he said. “For other items, it would take weeks or months.”

Drug and electricity shortages are among the other problems facing Gaza’s hospitals. In October, the Central Drug Store in Gaza stated that medicines were at a critically low level.

Approximately 44 percent of medicines were completely depleted at that point. Throughout Gaza, an estimated 65,000 child patients were affected by the inadequate supply of energy to hospitals in 2018.

The shortages caused the cancellation of some operations in Gaza’s hospitals. The situation only started to improve after Qatari-funded fuel was imported into Gaza during October.

That fuel is likely to run out in the near future.

Although the new department in al-Rantisi is privately funded, it will operate within a public hospital.

The staff in the new department will be paid by the Palestinian Authority yet the PCRF will oversee their training. That will include arranging for staff to travel so they can gain experience in hospitals outside Gaza.

The PCRF also plans to work with facilities in Jordan for the purposes of conducting tests on children, with a view to diagnosing cancer at an early stage.

By liaising with the World Health Organization, the PCRF hopes to be able to provide the results of cancer checks within 24 hours. Doing so will be conditional, however, on WHO staff being allowed to enter and leave Gaza without delays.

“We will continue to run the new department as long as Gaza needs us,” said Sosebee. “At some point in the future – we do not know when – the Palestinian health ministry could start taking care of the whole matter from A to Z.”

Rami Almeghari is a journalist and university lecturer based in Gaza.