Our duty in exile is to engage 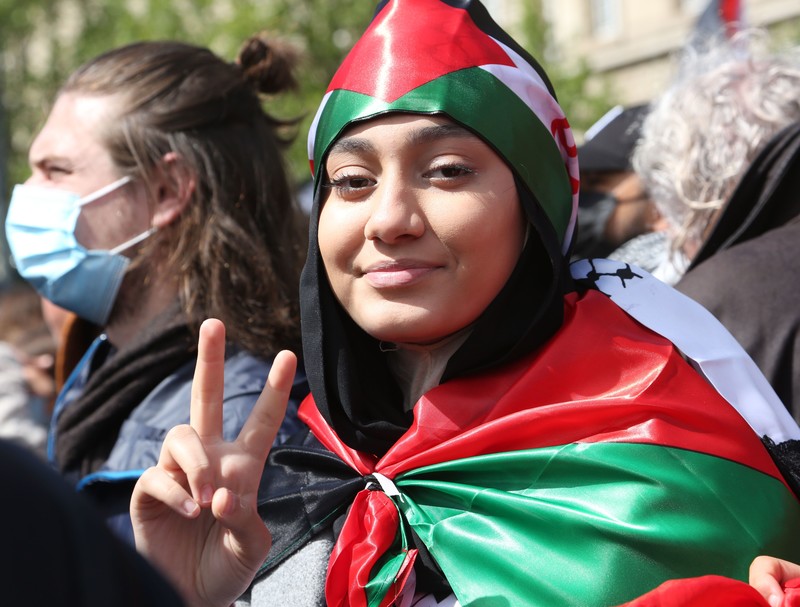 In September 2017, I left Gaza and came to Paris to attend graduate studies.

After I left the Erez checkpoint, I remember looking back at Gaza one last time. At least, that’s how I felt at the time. I saw nothing but gray cement houses behind high walls.

I thought that it would be the last time for me to have to worry about wars, power cuts, freedom of movement, running water, unemployment and all the many woes Palestinians in this besieged coastal strip of land contend with every day.

Of course, I was mistaken. Illusions are easy to fall for when you’ve just been released from the biggest open-air prison in the world.

Lately, I’ve been revisiting the nature of my relationship with Gaza.

Israel’s last aggression there in May led me to some understanding of how much my role, as an exiled Palestinian, can be crucial to our struggle.

It started with a shock. On the fourth day of the aggression, my aunt called me in a panic from Jordan while I was having an afternoon nap (a habit I took from Gaza and cannot get rid of).

“Your parents don’t answer our calls. Call your friends. Call anybody. Do something. A building in their neighborhood was targeted.”

She was screaming and crying.

My hands shook so hard I could almost not send a message to my siblings’ group on messenger. I prayed that they would reply.

Luckily, they did. The reason my parents had not answered my aunt’s calls was that, like me, they had also been taking their nap.

Unlike me, they had had a long sleepless night due to airstrikes.

Living in Paris while my family, my friends and my home were being bombed turned out to be harder than I’d imagined – and of course I had imagined that scenario. I am from Gaza after all.

For a start, I was forced to lead a kind of double life: I had to continue my work as a journalist and my duties as a PhD student in Paris, while managing my thoughts and emotions, which were almost completely overwhelmed by the danger faced by family, friends and my home.

I work for a European media outlet focused on migration. My job entails me writing about migrants and migration, talking to migrants and refugees, listening to their stories.

Sometimes, those stories are tough enough. But I also had to lead a normal life, do my laundry, pay my taxes, renew the subscription for my public transport card, or do research for my PhD thesis.

All the while, I was coping with the flashbacks I got with every picture or footage I was seeing from Gaza. I have as yet neither had the time nor the energy to address the traumas I suffered there myself.

And then I had to read my siblings’ messages about the bombs around them and the fears inside them.

Of course, I was not the only one who was having this experience. All my peers of exiled Palestinians from Gaza faced the same agony. All of us had to cope in silence, because while difficult, ours was not the story: The story was those we had left behind, being bombed and murdered.

Home is a powerful word

For us, wherever we are in the world, Gaza will always be the place we lived the most difficult moments of our lives. It is also the only place we can call “home.”

Such a powerful word “home.”

“Home” is my family house, where I can have a nap after lunch, then get irritated by the noise my nieces make.

It’s the al-Jalaa tower, where I take a taxi to rehearse with my band, and prepare for our concert at Said al-Mishal Cultural Center.

It’s the corniche we walk along at sunset, or the video games we play in the café in al-Shorouq building.

All these memories and many more make up what for me is home. But some are now just memories.

We lost al-Mishal when it was targeted in an Israeli airstrike in 2018.

And during the last assault in May, we lost al-Jalaa tower and al-Shorouq building, while the corniche was badly damaged in the bombardment.

This was more than a military offensive: It was an attempt to erase our memories, even our sense of belonging.

And in response, we do what we can to overcome distance and circumstance to maintain our relationship with our homeland and our cause.

Thus it is that we, Palestinians in exile, found ourselves obliged to mobilize and to contribute, an obligation felt even more strongly when we witnessed the uprising that took place across all of Palestine – from Haifa to Rafah, from Jericho to Jerusalem – during the Israeli assault.

But this fact put us in direct confrontation with decades of misleading ideas and malicious accusations from the media and governments around us, wherever we may live.

In France, the main accusation leveled against Palestinians and pro-Palestinians is that of anti-Semitism. So bizarre has the thinking become in France that even Emmanuel Macron, the French president, conflates anti-Zionism with anti-Semitism.

For me, this seems to be a phenomenon found largely outside Palestine. I first heard that being Palestinian or pro-Palestinian amounted to anti-Semitism when I was accused of it in Paris.

Since then, and as a Palestinian, I have had to face it on many occasions, and to explain myself every time. The fact that my name, Mousa, or Moses, is the same as one of the prophets of Judaism, doesn’t protect me.

I always go back to the stories of my late grandmother, Jamileh, who survived the Nakba in 1948.

According to her, there were Palestinian Jews living next to our village, al-Masmiyya al-Kabira. One night in 1948, these neighbors came to the men of our village and warned them that Zionists were planning to attack and we had to leave before they arrived.

“They were begging us not to stay and fight. They said they had done their best to postpone the attack on us, but they couldn’t do it anymore,” said Jamileh.

My grandmother couldn’t know that her grandchild would one day be falsely accused of hating Jews, those neighbors who tried to protect us.

But the last Israeli aggression inspired a lot of people to talk about this issue, even in France where such discussions are increasingly taboo.

This time, public pressure in France was such that police could not hold back demonstrations.

And during the protest in Paris on 22 May, most of the organizers refused to entertain accusations equating anti-Zionism with anti-Semitism in their speeches and in front of the media.

This suggests a very fundamental change in public discourse on the matter in France.

And it has given us hope. A month ago, my generation knew itself as “the hopeless generation.”

We grew up in the post-Oslo accords era. That arrangement never delivered any peace. The second Intifada started in 2000 followed by the siege on Gaza in 2006 and the Palestinian division in 2007.

Some of us decided to leave to find better lives.

But we’ve not forgotten Gaza. And we never will. Now, we are all over the world, leading protests and sharing content on social media about our rights.

We resist the occupation by exposing its crimes. We engage in debates about our liberation and our right of return.

Perhaps for the first time in our generation, we are now collectively thinking about our struggle.

We do so as one people whether in Jerusalem, the West Bank, Gaza, Israel or in exile.

Mousa Tawfiq is a journalist formerly based in Gaza, now living in Paris.