On Its 91st Anniversary: What is “Al-Bourq Revolution” and What Does it Mean to Palestinians? 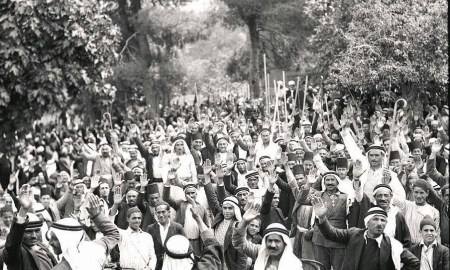 Today marks the memory of the 91st anniversary of the Al-Bourq revolution. It was on August 15, 1929, which coincided with the Palestinian people’s celebration of Prophet Mohammed’s birthday. The “Beitar” Zionist movement then simultaneously organized a provocative demonstration in memory of the so-called “the destruction of the Temple” in which large numbers of Zionists gathered in Jerusalem, shouting “The wall is ours” and chanting the movement’s anthem.

On the following day, the Palestinian Arabs organized a counter-demonstration that emerged from the courtyards of Al-Aqsa Mosque and headed to the Al-Buraq Wall, which morphed into the eruption of the first Palestinian popular revolution that started from Jerusalem and spread throughout Palestine from Beersheba and Hebron in the south to Safad in the north.

“Al-Buraq Revolution” in 1929 was considered the first major popular revolution against the Zionist project in Palestine, although it was preceded by several uprisings, demonstrations, and popular movements against the British occupation and the Zionist existence. Al-Buraq Revolution played a major in creating the Palestinian public consciousness of the danger of the Zionist schemes and in highlighting the role of the British Mandate authorities in the Judaization of Palestine, and in building the Palestinian national identity.

Muslims consider the Al-Buraq Wall an Islamic endowment, and they keep deeds and documents that give them the right to administer the place, and Al-Buraq is part of the Western Wall of the Al-Haram Al-Sharif. It is believed that it is the place where the Prophet Muhammad, PBUH, rested for the winged Buraq, which he carried from him on the journey of the Isra and Mi’raj, passing through Jerusalem.

Al-Buraq Wall constitutes the southern part of the western wall of the Temple Mount with a length of about 47 meters and a height of about 17 meters, and the Jews did not take it as a place of worship at any time until after the issuance of the “Balfour Declaration” in 1917. This wall was not part of the alleged“Jewish Temple”, but Islamic tolerance is what enabled the Jews to stand in front of it, and weep over its demise, and the demise of the short-lived “Jewish state” in ancient times.

During Ottoman rule, the Jews were allowed to perform their rituals against the wall. An unwritten agreement was made between the administration of the Islamic Waqf and the Jews that the Jews would not build any building near the wall or put anything in its courtyard, which lasted for several years.

The British “Mandate” authorities, which inherited the administration of Palestine after World War I, maintained the status quo in the holy places. However, since the decline of the rule of the Ottoman Empire, the Jews have made attempts to change the status quo of the holy places, and their endeavor was to achieve Jewish control over Al-Haram Al-Sharif.

On August 15, 1929, which coincided with Muslims’ celebrations of the Prophet’s birthday, the right-wing Zionist “Betar” movement organized a demonstration in memory of what they call “the destruction of the Temple” in which large numbers of Jews gathered in Jerusalem, shouting “The Wall is ours” and chanting the Zionist movement’s anthem. . On the next day, the Arabs and Palestinians responded by organizing a counter-demonstration from Al-Aqsa Mosque and headed to the Al-Buraq Wall, and there they listened to a sermon from Sheikh Hassan Abu Al-Saud, explaining the dangers threatening Islamic sanctities.

The circle of clashes expanded to include other Palestinian cities, extending from Hebron and Beersheba in the south to Safed in the north which lasted for days. The events of the “Al-Buraq Revolution” resulted in 133 Jewish dead and 339 wounded, while the number of Arab martyrs reached 116 and the number of wounded. 232, according to the report of the Shaw Commission, which admitted that most Arab casualties were at the hands of the British forces.

The British “Mandate” authorities arrested about 900 Palestinians and imprisoned them, and the British courts in Palestine issued death sentences against twenty Arabs. The sentence was later changed to life imprisonment, with the exception of three: Atta Al-Zeer, Muhammad Jamjoom, and Fouad Hijazi, who faced hanging in Acre prison known as (the Citadel). ) on June 17, 1930, bravely immortalized by the poet Ibrahim Toukan in his masterpiece of poetry “Red Tuesday” and also immortalized in the sung poem “From Acre Prison Talaat a funeral.” As for the Jews, only one of them was sentenced to death and then reduced to ten years and released after a short period.

Exorbitant fines were imposed on some Arab cities, collected in various forms of abuse and terror, in an implementation of the Collective Penalty Law, and it seemed as if this law was designed to apply only to Arabs.

The British “Mandate” authorities had invoked the “League of Nations” (United Nations) on the recommendation of the “Shaw Committee” formed by the British government to investigate the events. The former Swiss vice-president of the International Court of Justice, Charles Bard, and after an investigation carried out by the committee, drew up a report in 1930, which it submitted to the League of Nations, in which it supported the unquestionable right of Muslims to the ownership of the Al-Buraq Wall. The committee acknowledged that the Western Wall belongs to Muslims alone as it is an integral part of the Haram al-Sharif area, just as Muslims own the sidewalk in front of the wall and in front of the locality known as the Al-Mughrabi Quarter opposite the wall.

The committee also decided that Jews are not allowed to bring any tools of worship or put seats, carpets, chairs, curtains, screens, or any tent next to the wall because it is the property of Muslims.

The events of the “Al-Buraq Revolution” constituted a transformation in Arab-British relations in Palestine. At a time when the protests of the Arab population of Palestine were directed towards the Jewish presence and its tendency to exponentially grow in particular, avoiding collision with the British forces, these residents fell victim to the bullets of the British occupation, which constituted impenetrable protection for the Jews.

The revolution also constituted a turning point in the behavior of the Mandate government towards the Arabs, and the hostility became explicit, manifested in the repressive practices directed against the Arabs in particular, although the report of the Shaw Committee attributed the causes of the strikes to the Arabs’ political and national disappointment, their fear for their economic future, and their fear of the political control of the Jews because of the increasing Jewish immigration.

The sentence of execution of the three young men in Acre prison has become a part of the memory of the Palestinian people and their struggle, and they will be invoked in every event and occasion, and even today, decades after their execution, they remember every year and most Palestinians still memorize the poem “From Acre prison Talaat” Funeral” written by the poet Noah Ibrahim so that their story becomes an epic story in the eyes of many. 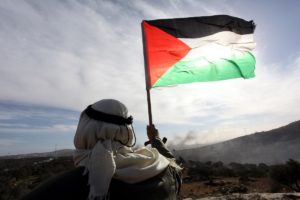