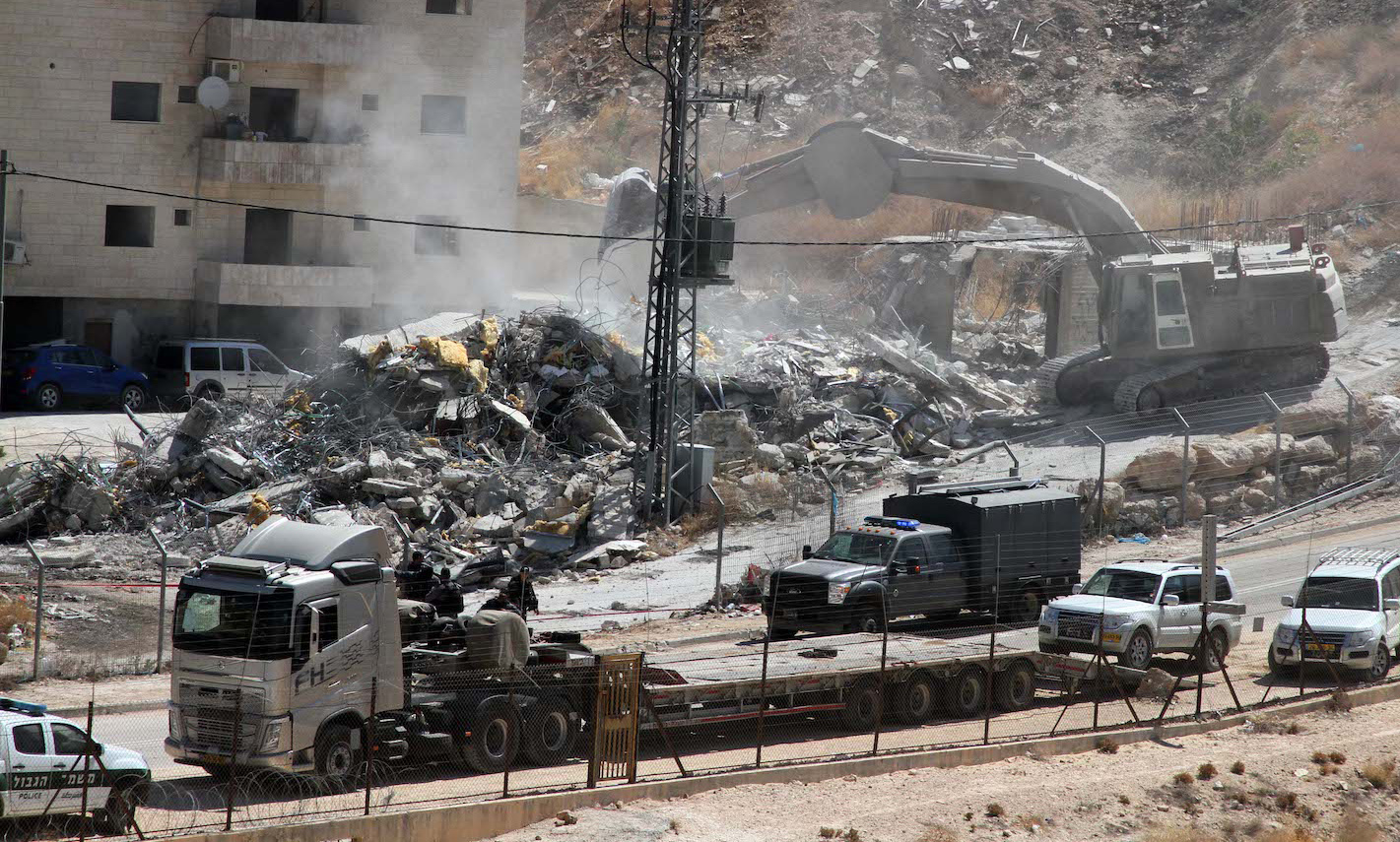 The Israeli ccupation bulldozers demolished Tuesday, January 10, 2022 four structures and retaining walls in the town of Anata, to the northeast of Jerusalem.

The head of the Anata municipality, Taha al-Numan al-Rifai, stated that the occupation forces stormed Anata since the morning hours and demolished facilities built near the wall until now, and a stone chain belonging to the Salama family that had been built for more than 70 years.

He added that occupation forces also demolished a wall branching off to build a school on land belonging to the citizen Arafat Khalil in the classified area (B) adjacent to the wall.

Israeli forces also demolished a retaining wall surrounding two dunums, which is part of a street supporting another central one in Anata, belonging to the Palestinian citizen Ahmed Muhammad al-Kershan.

It’s noteworthy that these demolitions are still ongoing and very systematic as the occupation forces always prevent Palestinian citizens from approaching.

It’s noteworthy that these provocative acts come amid the escalating atmosphere, especially after the formation of the new Israeli Government as daily violations against Palestinian citizens, deliberate detentions, house demolitions and mandatory deportation policy are doubled and multiplied in a way to suffocate and complicate Palestinian lives.