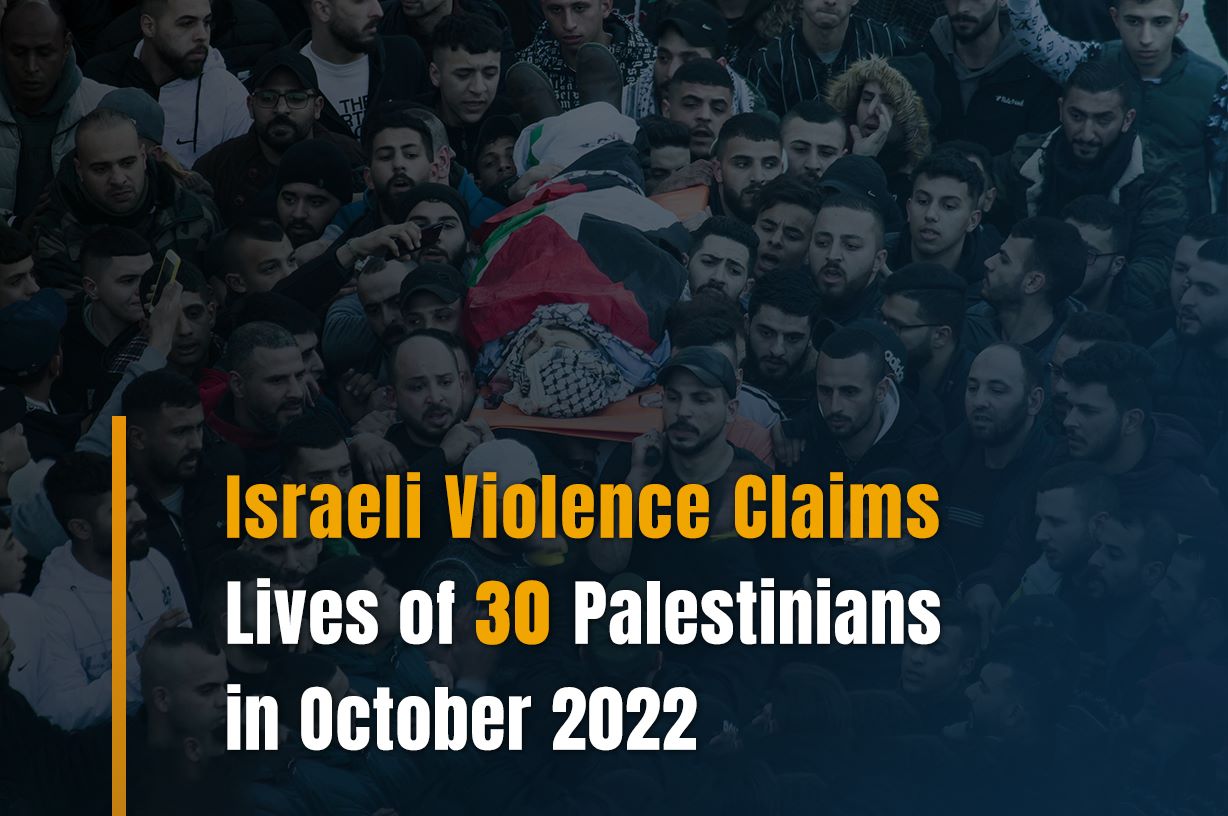 With Israel killing at least 30 Palestinians, October was seen as one of the bloodiest months in 2022, after August, during which Israel killed 59 Palestinians in the Gaza Strip, West Bank, and Jerusalem.

30 Palestinians, including 8 children, were cold-bloodedly murdered by Israeli occupation forces in the occupied West Bank and Jerusalem in October.

Nablus recorded the highest number of victims as Israeli occupation forces shot dead 9 Palestinians over military raids in the city.

The occupied West Bank city of Nablus was subjected to a stifling blockade by Israeli occupation forces. The Israeli forces closed all the city’s entrances and restricted the movement of Palestinians for more than two weeks.

October 25 was remarked as one of the unforgettable days in Nablus. The Israeli occupation forces murdered five leaders of the Lion’s Dean resistance group within an hour.

Two days earlier, the Israeli forces assassinated the Palestinian youth Tamer Al-Kilani, a member of the Lion’s Dean, after detonating an explosive device on a motorcycle he passed by.

Based on the above figures, it is clear that Israel is escalating violence against Palestinians, in the West Bank in particular.

October this year was marked as the month that preceded the Israeli election in 2022. In other words, it is the month of the year when Israeli criminals compete to kill Palestinians for electoral votes.

According to recent figures published by the Palestinian ministry of health earlier in November, Israel has killed 197 Palestinians, including 49 in occupied Jenin.