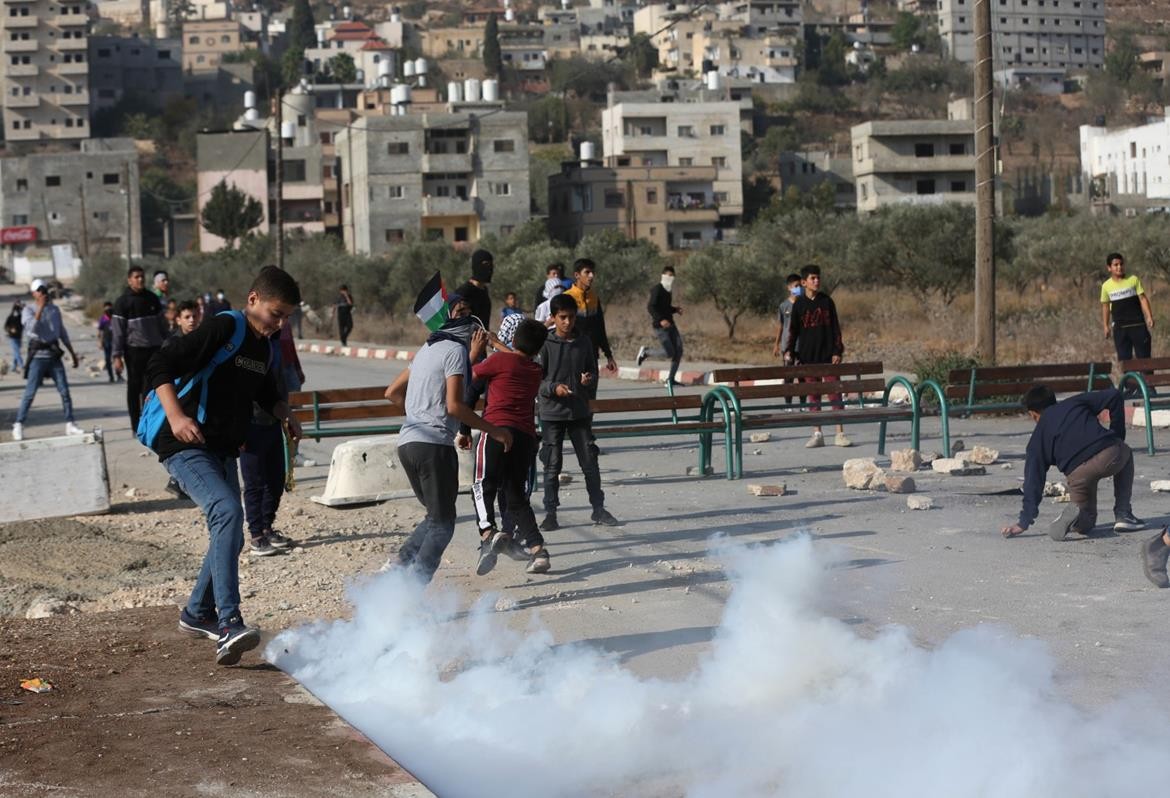 Israeli occupation forces assaulted a number of school students in the town of Tuqu’, east of Bethlehem today, Tuesday, December 20, 2022.

The head of Tuqu’a School, Majed Al-Shaer, in Bethlehem, stated that the occupation forces assaulted a number of Palestinian school students, and detained a student before releasing him later.

Al-Shaer added that the occupation soldiers fired stun grenades, gas bombs and rubber bullets at the students as they were leaving the school, causing a number of them to suffocate.