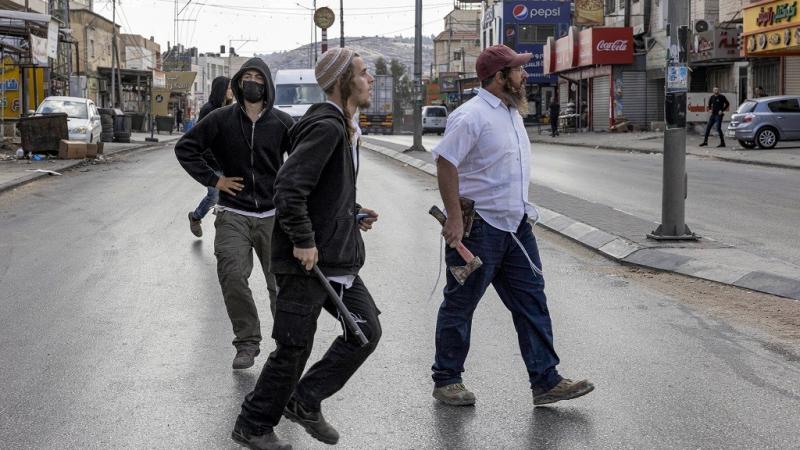 Under the protection of the Israeli occupation forces, dozens of settlers attacked Palestinian citizens’ homes in the Burin and Madama villages, smashed their windows, and fired live bullets at the Palestinian citizens who confronted them, no injuries were reported.