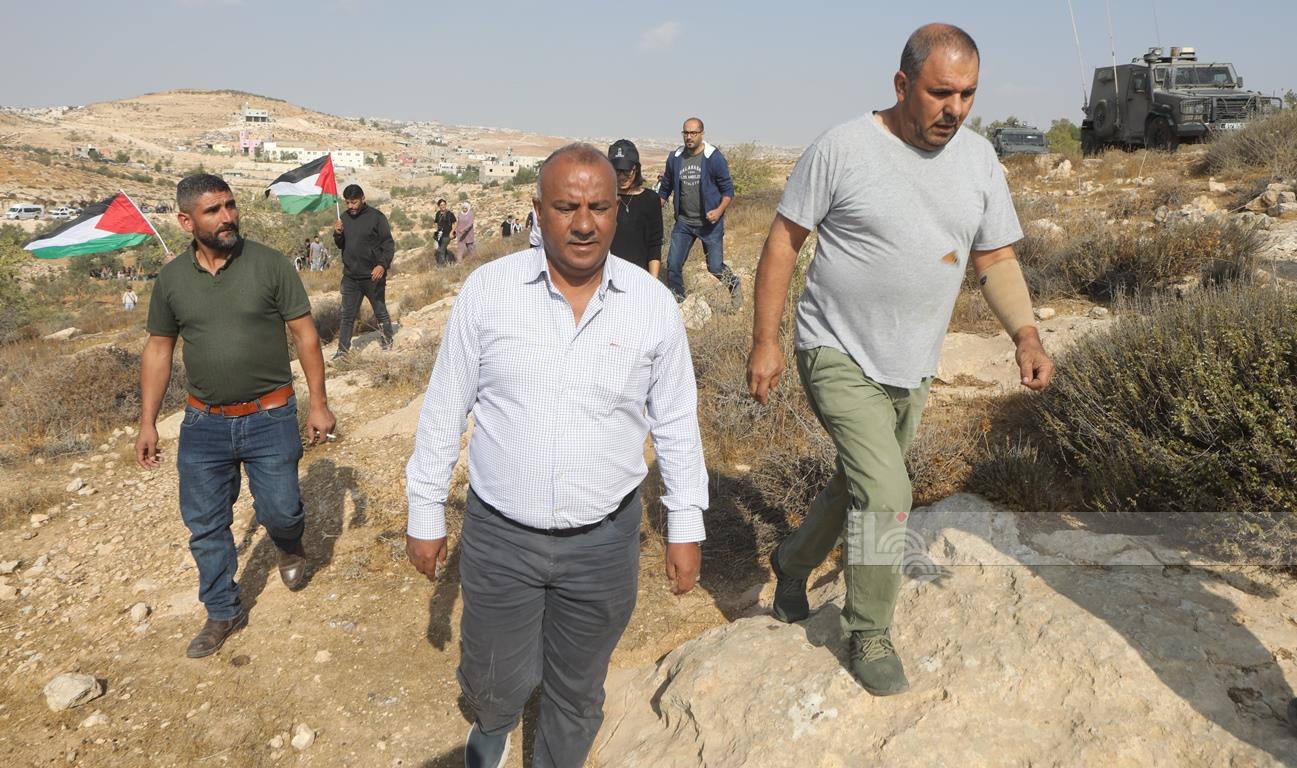 Israeli settlers, protected by Israeli occupation soldiers assaulted Tuesday, October 25, 2022 a Palestinian official and farmers while they were harvesting the olive crops in the town of Turmus Ayya, to the north of Ramallah.

An official in the Wall and Settlement Resistance Commission said that the head of the Commission, Moayyad Shaban, was assaulted by Israeli settlers who attacked him and other Palestinian farmers.

Israeli settlers did other provocative acts that they used to do on daily basis and set a vehicle for the commission and another one owned by a local farmer on fire.

He added that the Israeli soldiers helped settlers and fired tear gas canisters at the Palestinian farmers in order to force them to stop the harvest and get them out of their lands.