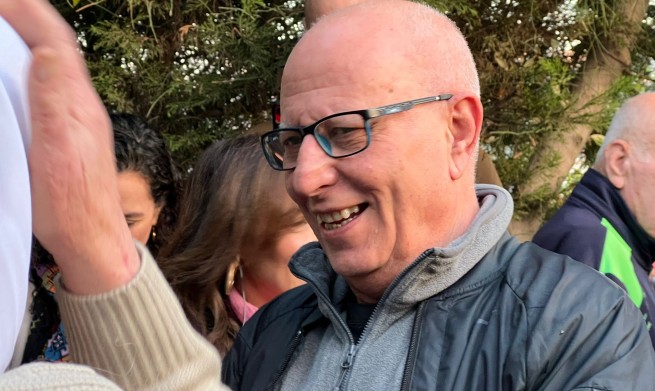 The Israeli occupation authorities deliberately released Yunis at dawn and left him alone near Tel Aviv, without informing his family, in an attempt to upset their joy and sabotage his reception.

Immediately upon his arrival at his hometown, Yunis visited the home of his comrade, Maher Yunis, and then went to visit the graves of his parents, who died while in he was in Israeli prisons.

Maher Yunis was born on January 6, 1958, and he is from the village of Ara in 1948-occupied Palestine. He is one of 5 sisters and a brother.

The Israeli occupation forces detained him on January 18, 1983, and sentenced him to life imprisonment, and later he was determined to 40 years.