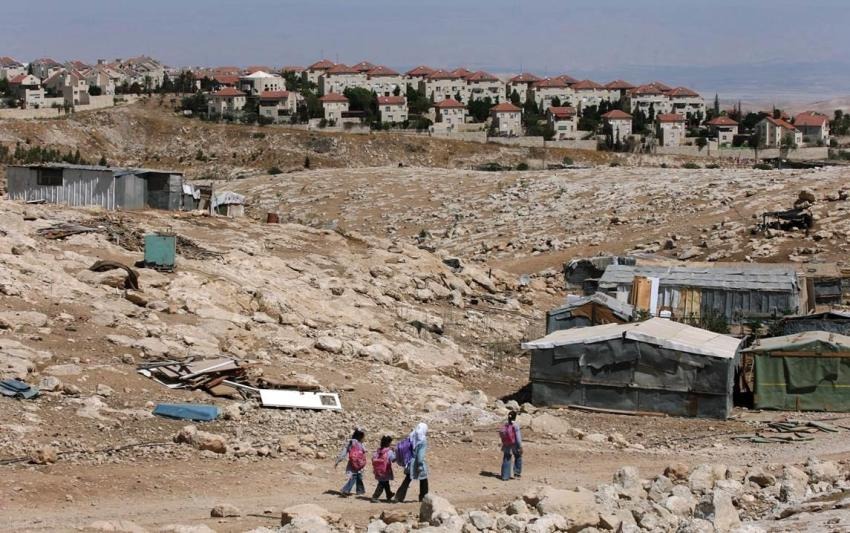 Israeli occupation forces notified Monday, 28 November 2022 the demolition of the Palestinain school of Khashm al-Karm in the town of Yatta, south of Hebron.

Israeli occupation forces raided the Badia community east of Yatta town and ordered the demolition of the Palestinain school within 96 hours, reported Fouad al-Amour, Coordinator of the Protection and Resilience Committees in Masafer Yatta.

Al-Amour explained that the Primary school includes five rooms, serving 35 Palestinian students who learn in it.

Masafer Yatta, located in southern Hebron Hills, extends over an area of ​​30,000 dunams, with a population of 2,500 residents distributed over 12 villages or hamlets.

More than 2000 Palestinian residents in Masafer Yatta are facing imminent expulsion from their homes by the Israeli occupation under the pretext of classifying it as a military training area for the Israeli forces in which the Palestinians have no right to live.