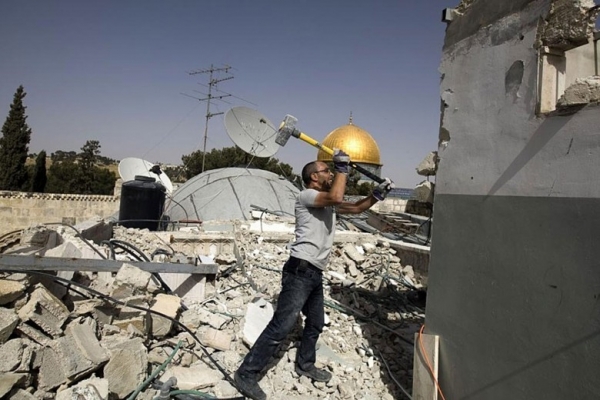 The Israeli Occupation forced Sunday, October 23, 2022 a Palestinian citizen to self-demolish his house in the town of Jabal al-Mukkaber, to the southeast of the occupied city of Jerusalem.

The Palestinian citizen Mohammad Ja’abees stated that the Israeli soldiers forced him to demolish his own house of 100 square meters, noting that it was inhabited by seven people.

He added that the Israeli authorities forced him to demolish the house under the pretext that it was built without a permit.

Ja’abees emphasized that he had to demolish the house himself instead of paying high demolition costs in case the Israeli occupation municiaplity carries out the demolition operation.

Palestinians in occupied Jerusalem are forced to build without permit as the Israeli municipality rarely issues permits to the city’s original Palestinian citizens.

This happens in a way Israeli occupation tries its best to reduce the population of Palestinian citizens and force them to find an accommodation or work elsewhere.