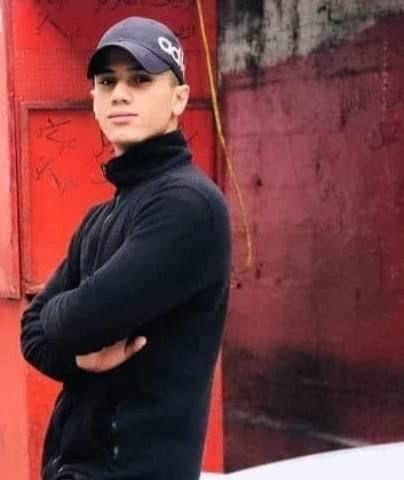 Israeli occupation forces killed today, Wednesday, November 9, 2022, a Palestinian citizen and injured dozens with rubber bullets and toxic gas during their military incursion on the city of Nablus.

The Palestinian Ministry of Health announced this morning, Wednesday, the death of the 17-year-old Mahdi Muhammad Hashash, as a result of being seriously wounded by the Israeli occupation forces shooting at him during their military incursion into the city of Nablus at dawn today.

The Palestinian Red Crescent said that a Palestinian young man was shot by the occupation forces in the abdomen and foot in the Balata refugee camp, east of Nablus. He was taken to the hospital, and his injuries were described as serious, so his death was announced shortly after his arrival at Rafidia Hospital.

It added that three Palestinians were injured by rubber bullets and 57 others suffocated with gas as a result of the occupation forces firing live bullets and poisonous gas at Palestinian citizens during the storming of Joseph’s Tomb and the vicinity of the Balata camp.

Extremist Knesset members from the “Religious Zionism” and “Jewish Power” parties participated in this storming of Joseph’s tomb, as well as a number of rabbis and settler leaders.

Local sources said that the storming was carried out using military vehicles under high protection by the Israeli forces, and the regular buses were not used.