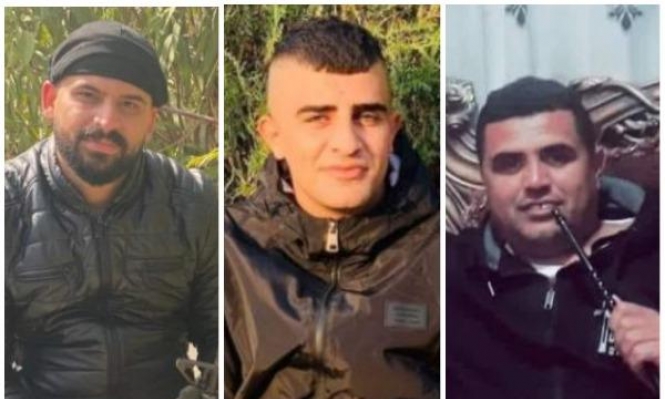 In a brief statement, the Palestinian Ministry of Health said that Israeli forces killed three young Palestinian men at dawn today, during the Israeli aggression on Jenin.

According to the Ministry, the three killed young men are Tariq Al-Damej, Sidqi Zakarneh, and Atta Shalabi.

With the murder of three Palestinians in Jenin today, the number of Palestinian martyrs killed by Israeli forces since the beginning of December has risen to 8.