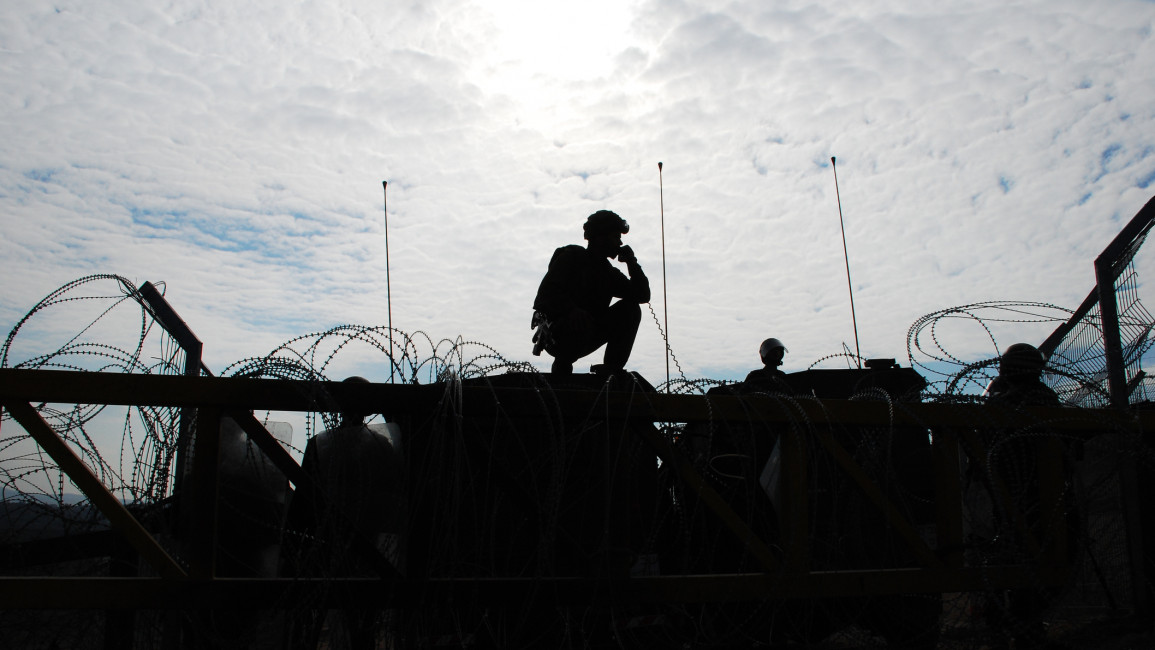 A number of Palestinians were injured on Wednesday after the Israeli occupation forces intervened to protect illegal Israeli settlers who had unlawfully gone to Muslim holy areas close to Nablus in the Palestinian territory of the West Bank.

Late Tuesday night, Israeli occupation forces conducted a raid in Awarta prior to the arrival of settlers’ intent on forcing their way into the holy sites, which they allege belong to the Jewish faith.

Locals reported that the settlers conducted religious ceremonies at the site and chanted derogatory remarks about Muslims and blasphemed the Prophet Muhammad.

Young Palestinians in the area were met with tear gas from Israeli occupation forces as they attempted to oppose the raiders.

Several reporters were held back and denied permission to leave Awarta until the Israeli settlers had vacated the area.

Ahmed Jibril, a representative from the Palestinian Red Crescent, stated that medics provided aid to four individuals who were experiencing symptoms related to tear gas inhalation.

A considerable number of Palestinians were detained on Tuesday evening and the early hours of Wednesday, including five from Jerusalem.

Illegal Israeli settlers have been known to invade Muslim holy sites in the Palestinian territories, especially the Al–Aqsa Mosque compound in East Jerusalem, usually with the backing of Israeli occupation forces.

Earlier this month, the Israeli National Security Minister Itamar Ben–Gvir, who is associated with the far–right, led a raid on the third–most sacred site in Islam, resulting in a global outcry.

Palestinians worry that the Israeli occupation might try to divide Al–Aqsa, the holiest Muslim site in Palestine, between Muslims and Jews in terms of space and time that each group can use, which would be a deviation from the current arrangement.