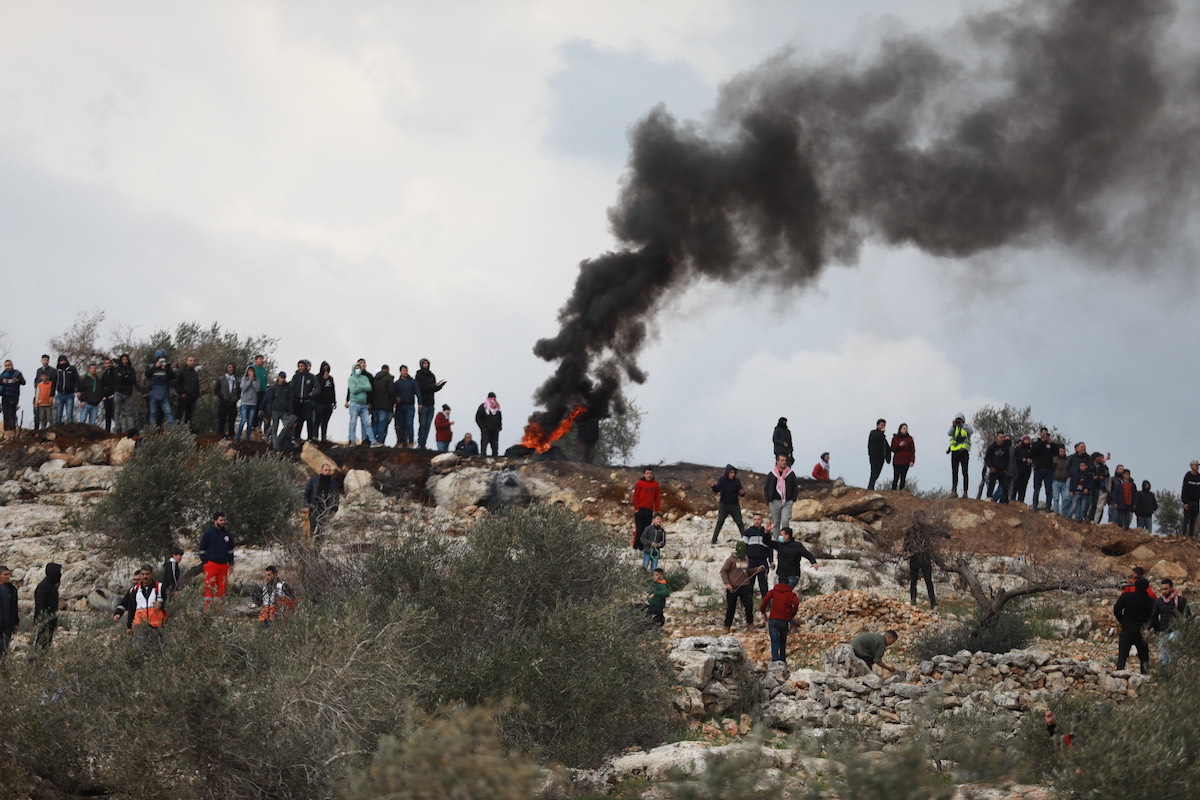 In a statement, the Palestinian Red Crescent Society and field activists said medical teams treated 165 Palestinians in protests held in the West Bank cities of Nablus and Qalqilia.

In Beit Dajan town, Nablus, the medical staff dealt with 45 injuries, including “eight with rubber bullets, including two paramedics and a journalist, and 37 cases of gas suffocation, including two journalists.
buy Flomax generic Flomax no prescription generic
“

In Kafr Qaddoum, east of Qalqilya, 11 Palestinians were wounded by rubber bullets during confrontation with the occupying army.

Israeli and Palestinian estimates indicate there are about 650,000 settlers living in 164 settlements and 116 outposts in the West Bank, including in occupied Jerusalem.

Under international law, all Jewish settlements in occupied territories are considered illegal.