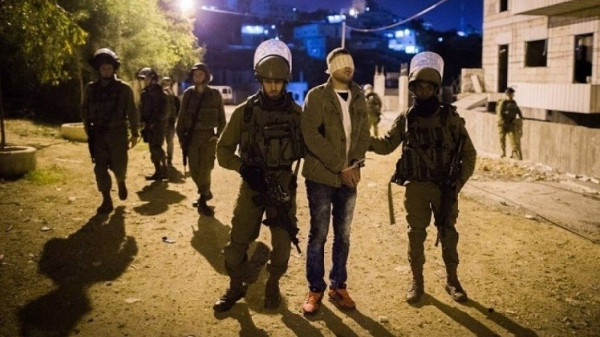 Palestinian security sources said that the occupation forces detained three Palestinian young men from the same family in Sur Baher village in occupied Jerusalem, while three others were detained from Hebron, south of the West Bank.

The sources added that three Palestinian youths were detained in the “Jalazoun” camp in the central West Bank, so confrontations broke out between the camp residents and the occupation soldiers.

The Israeli soldiers detained two young men from “Tulkarem” and “Nablus”, while two other young men, one of whom was a freed prisoner, were detained from the “Jenin” governorate in the northern West Bank.