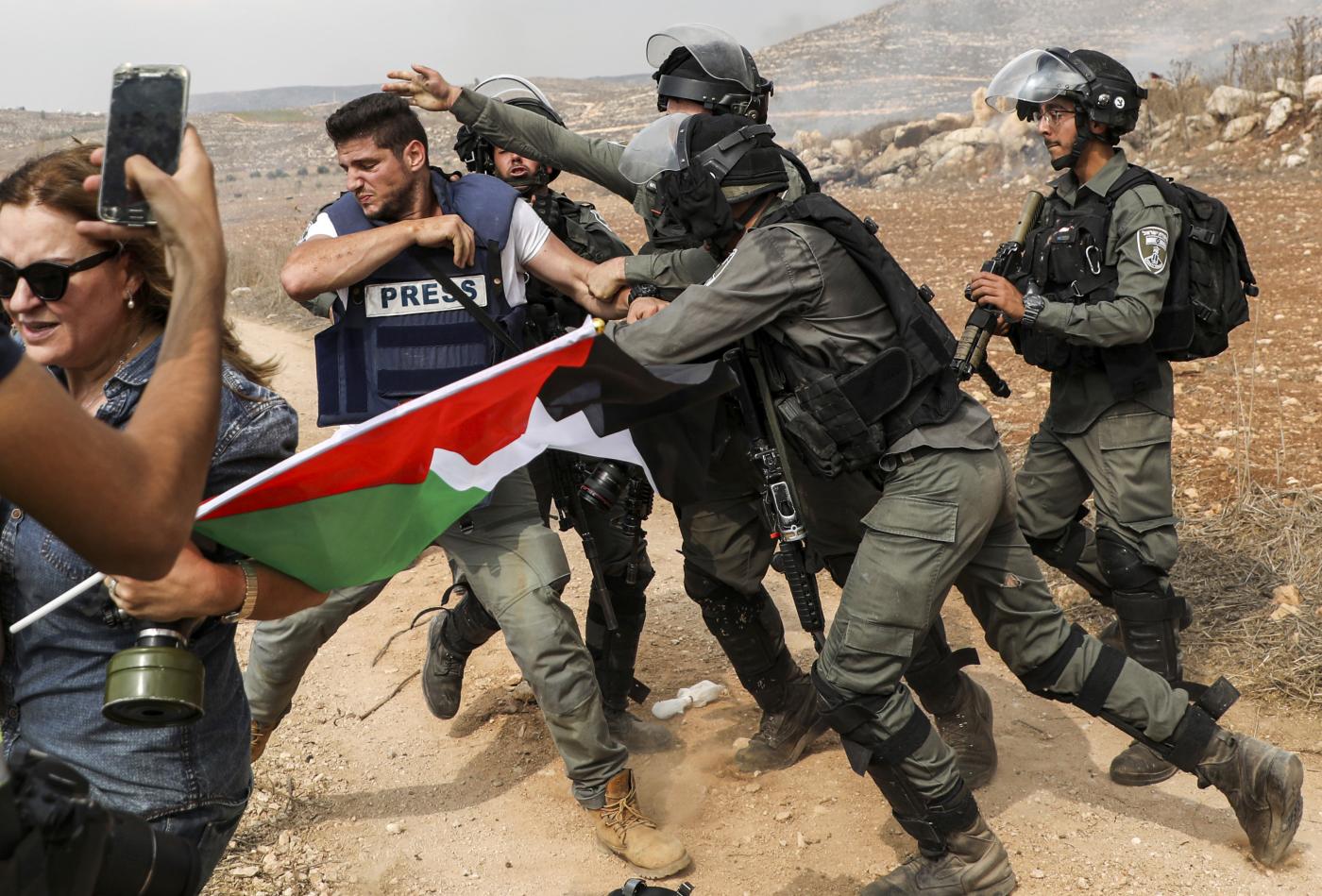 Israeli occupation forces Saturday attacked Palestinian TV crew at the entrance of Azzun town, east of Qalqiliya, according to a crew member.

Palestine TV cameraman, Mohammad Anaya, said that the Israeli occupation forces brutally assaulted the crew members as the latter were carrying out their journalistic work and filming the Israeli attack on the town.

This came as occupation forces violently quelled a rally protesting the ongoing closure of the town entrance, firing volleys of tear gas canisters and concussion grenades at the participants, causing dozens to suffocate.

The Israeli occupation forces has sealed the gate at the town entrance for a week, restricting entry into and exit out of the town.

Closures besides to other measures, taken under the guise of security, are intended to entrench Israel’s 55-year-old military occupation of the West Bank and its settler colonial project which it enforces with routine and frequently deadly violence against Palestinians.