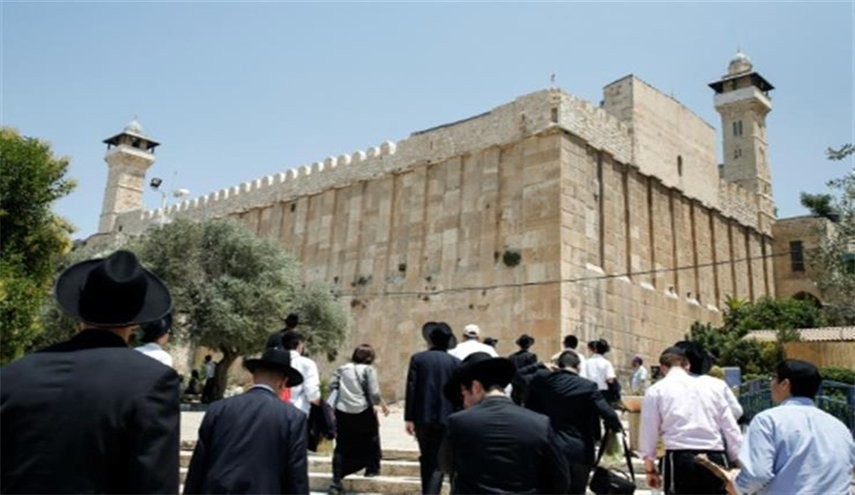 Dozens of colonial Israeli settlers under the Israeli occupation forces’ protection broke Monday, December 19 into the sacred Ibrahimi mosque in the West Bank old city of Hebron and performed provocative Talmudic rituals in its courtyards.

Local media sources reported that colonial settlers stormed the Ibrahimi Mosque and lit candlesticks under the pretext of celebrating the so-called Jewish festival of Hanukkah.

Israeli occupation banned Palestinian worshipers’ entry to the Ibrahimi Mosque in Hebron and allowed the colonial settlers breakings into the sacred mosque.

Israeli occupation continues excavations of the historical features of the sanctuary outside the sacred Ibrahimi mosque by installing an electric elevator to facilitate colonial settlers’ incursions and preventing Palestinian worshipers from entering the mosque.

It is noteworthy that the Al-Aqsa Mosque in occupied Jerusalem has been witnessing massive incursions by Israeli settlers following calls by extremist Jewish groups headed by the far-right Israeli MP Ben Ghafir under the pretext of celebrating the Jewish festival of Hanukkah which began last Sunday and continues until the 26th of December.

Muslims and holy places in the occupied West Bank and Jerusalem have seen increased incursions by colonial settlers’ backed by the Israeli occupation forces in a flagrant violation of all international conventions and laws, guaranteeing Palestinian people’s right to worship in their holy places.