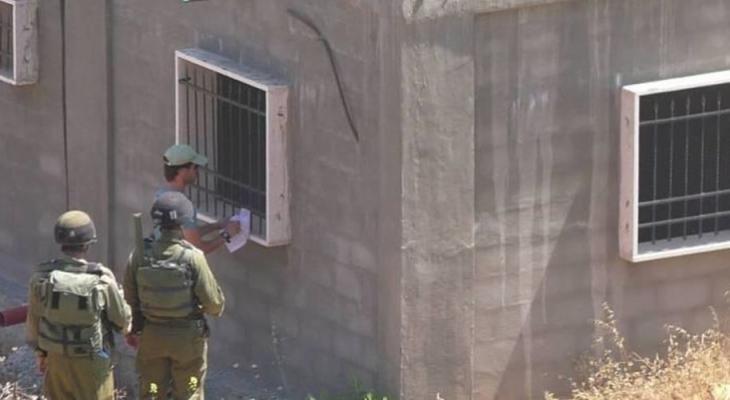 Groups of Israeli military forces invaded the area and handed over the Palestinian citizen Ahmad Abu Sui a stop-constructing decision.

The Israeli halt decision banned Abu Sui from completing the construction of his house under the pretext of building without a permit.

Confrontations were reported in the area following the Israeli raid, during which Israeli occupation forces fired tear gas and stun grenades.

Israeli occupation authorities have been using the pretext of building without a permit to demolish the Palestinian structures in favor of the settlement expansion.