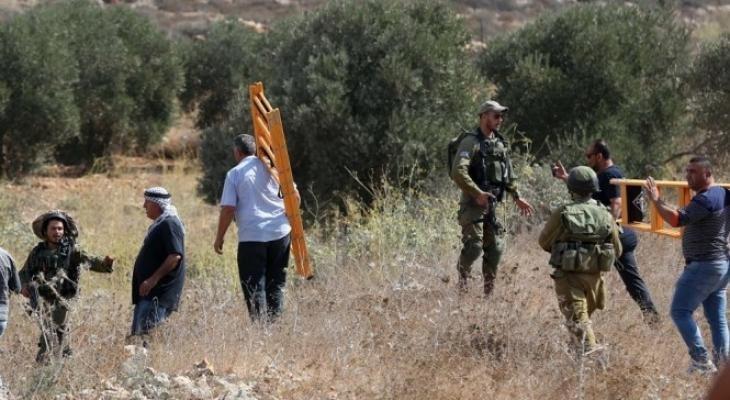 Mayor of Beit Furik, Aref Hanani, said that the occupation authorities decided to impede the Palestinian farmers and townspeople from reaching their lands near the “Itamar” settlement to harvest olives.

Hanani affirmed that the decision came out suddenly hours before the farmers headed to their lands, adding that Israeli occupation limited the period for farmers to pick olives which enables them to only harvest 10% of olive trees.