IOF Obliges Palestinian to Self-Demolish His Home in Jerusalem 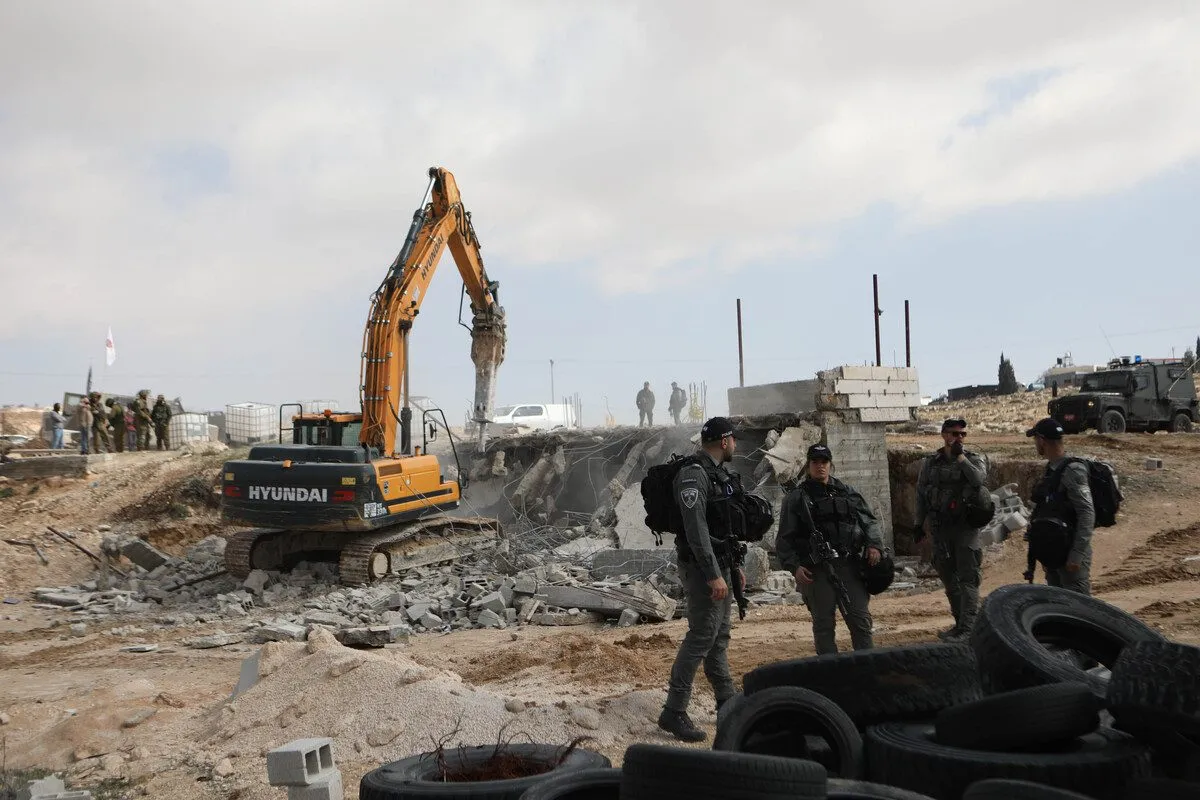 ‎Israeli Occupation Forces (IOF) forced a Palestinian resident of East Jerusalem to demolish his own house in Sour Baher, to the south of the city of Jerusalem.

Ibrahim Hamed, the owner of the house, was forced to demolish his own house to avoid paying exorbitant fees, rendering him along with his wife and one-and-a-half-year-old daughter homeless.

Using the pretext of building without a permit, which is rarely granted to Palestinians in the occupied city, the Israeli municipality has demolished hundreds of Palestinian-owned houses as part of a policy aimed to restrict Palestinian expansion in occupied Jerusalem.

This happens coinciding with the Israeli municipality continuous acts to build tens of thousands of housing units in illegal settlements in East Jerusalem for Israeli sertlers.