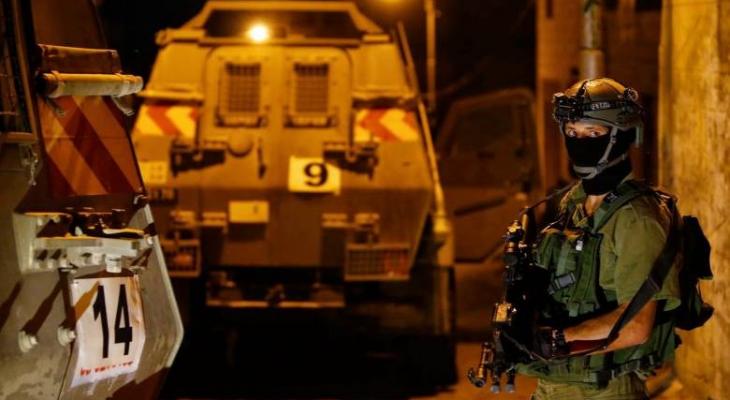 Israeli occupation forces IOF detained two Palestinian youths after breaking into their houses in the occupied Jerusalem town of Silwan and the occupied Jenin on Saturday morning, January 21, 2023.

The Wadi Helwa Information Center reported that the Israeli forces raided a Palestinian home and detained the youth Ali Al-Taweel in Silwan, south of Al-Aqsa Mosque.

In a related development, Israeli occupation forces deployed at the Old City of occupied Jerusalem and imposed fines on several Palestinian vehicles.

Furthermore, the Israeli troops invaded a Palestinian home and kidnapped an injured young man in Ajja town, south of the occupied West Bank city of Jenin.

He was identified as Lauay Ghariba, who sustained an Israeli bullet injury several days ago during a military incursion into the city.

The Israeli raids aim at terrorizing, kidnapping, and suffocating the Palestinians’ lives. Some deadly raids result in murders.

According to the Palestinian Center for Prisoners Studies PCPS, Israeli forces abducted at least 7000 Palestinians in 2022, including 164 women and 865 minors.

The deadly Israeli raids claimed the lives of 17 Palestinians so far in 2023, according to the Palestinian ministry of health.