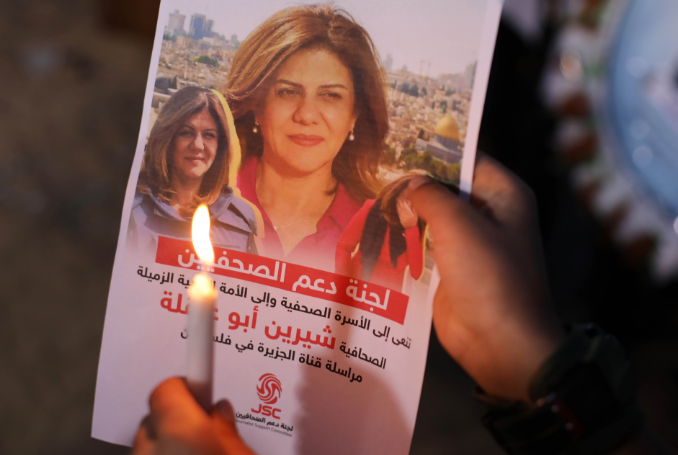 The United States Justice Department informed the Israeli Justice Ministry that the FBI has opened an investigation into the death of Palestinian American journalist Shireen Abu Akleh, Axios reported on Monday.

The FBI decision, which was first reported on Israeli Channel 14, could lead to a US request to investigate the Israeli soldiers who were involved in the operation, according to Axios.

Commenting on the news on Twitter, Israeli Defense Minister Benny Gantz said that “the US Justice Department decision to investigate the tragic death of Shireen Abu Akleh is a grave mistake”, adding that Israel “will not cooperate with an external investigation”.

Abu Akleh’s family praised the US decision to open a probe into her death.

“This is an important step,” the family said in a statement, adding that US authorities have a responsibility to investigate “when a US citizen is killed abroad, especially when they were killed, like Shireen, by a foreign military”.

US Congresswoman Rashida Tlaib also applauded the FBI decision, saying that this is “the first step towards real accountability for Shireen’s assassination.”

Abu Akleh was killed on May 11 while covering an Israeli army incursion in the occupied West Bank city of Jenin.