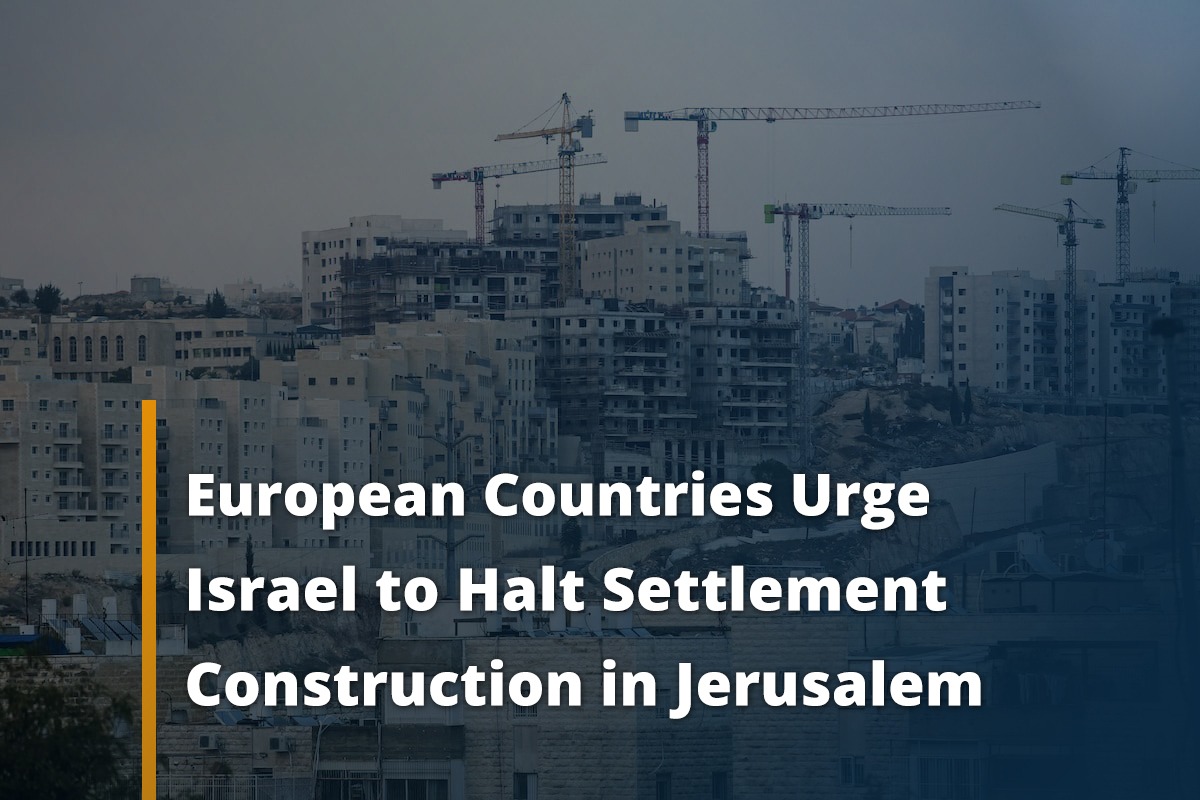 The foreign ministries of France, Germany, Italy, and Spain urged Israeli occupation authorities (IOA) on Wednesday evening to stop the construction of new housing units in the occupied East Jerusalem.

Earlier in the month, IOA approved plans for the construction of around 3,500 homes in occupied Jerusalem, nearly half of which are to be built in occupied Palestinian lands.

In a statement, the European countries said that the hundreds of new buildings would “constitute an additional obstacle to the two-state solution,” referring to international peace efforts to create a state for Palestinians.

They said that building in this area would further disconnect the West Bank from Jerusalem and that these settlements are a violation of international law.

According to reports, the Israeli occupation did not immediately respond to a Reuters request for comment.

Israel occupied Jerusalem including the Old City in a 1967 war and later annexed it, a move not recognized internationally.

Palestinians want Jerusalem as the capital of a state they seek in the Israeli-occupied West Bank, which abuts the city, and the Gaza Strip. Israel views the entire city as its indivisible capital.

Most world powers condemn the Israeli settlements illegal for taking in the territory where Palestinians seek statehood.

The four countries also expressed concern about the evictions and demolitions in the Jerusalem neighborhood of Sheikh Jarrah, where residents say they are being displaced.

Earlier Wednesday, Israeli police evicted a Palestinian family from their home – which they say they had lived in for decades – before a digger tore down the property, prompting criticism from rights activists and diplomats.