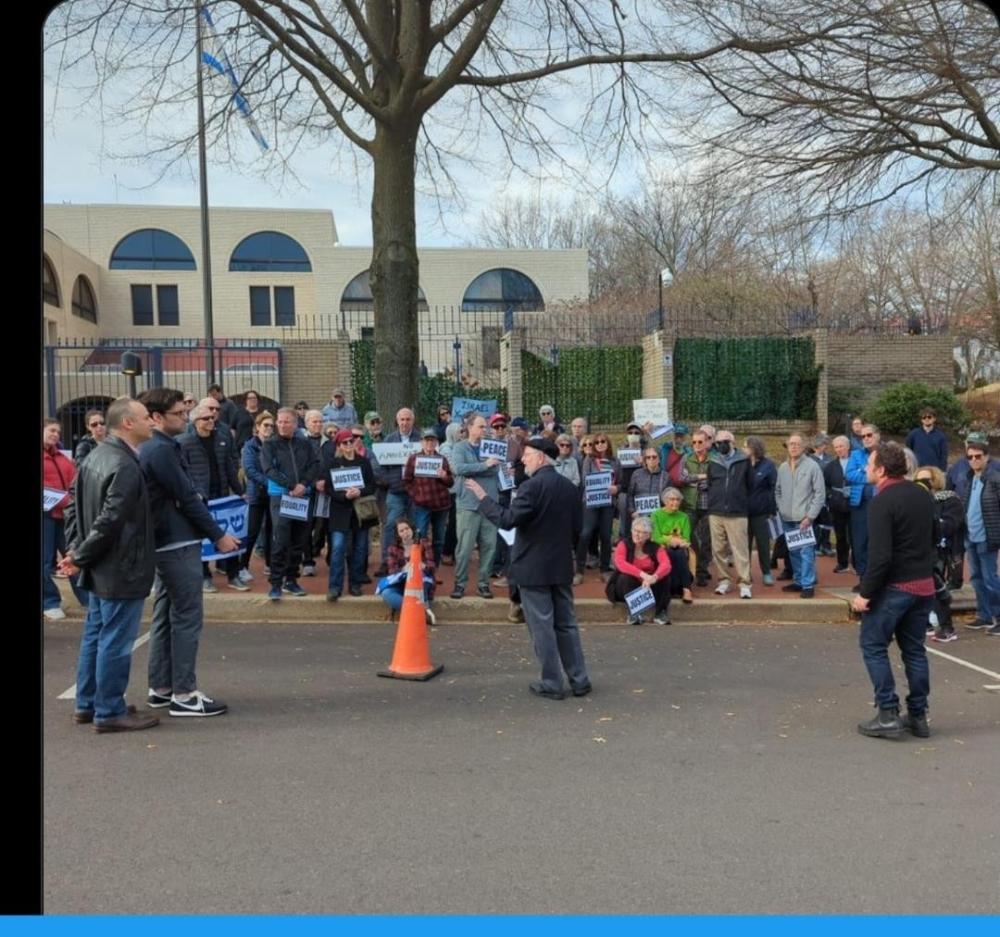 Dozens of supporters of Palestinian rights in the United States of America participated in a demonstration organized, on Tuesday, January 3, 2022, in front of the Israeli embassy in Washington, in protest against the far-right Israeli government led by Netanyahu.

The participants in the demonstration, organized by Americans for Peace Now, carried banners calling for peace and boycotting the new Israeli occupation government and its extremists.

The Jewish organizations in the United States warned the Israeli government that if it took any “racist or extremist” steps, this would reflect negatively on the support of these organizations for “Israel”.

According to the latest census of the Jewish Agency, published last September, the number of American Jews is about 6 million, and it is the largest Jewish community outside “Israel”.