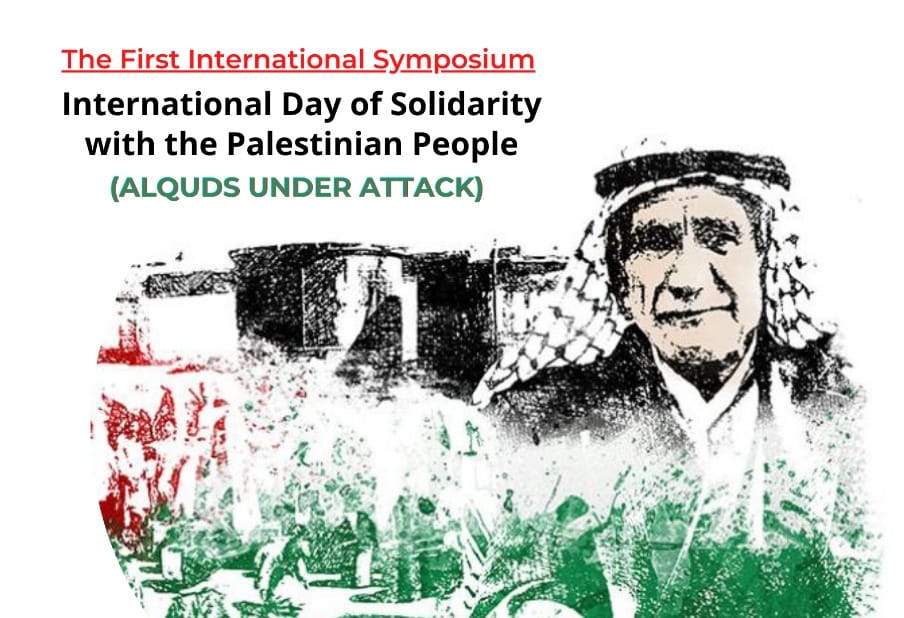 Act For Palestine Foundation in coordination with the Days Of Palestine institution hosted on Tuesday the first symposium, marking the International Day of Solidarity with the Palestinian people and addressing critical issues of the Palestinian struggle against the Israeli occupation.

The meeting hosted seven speakers and representatives of Palestinian and international groups who speak about the Israeli violations against the Palestinian people and the Palestinians’ legal right to resistance.

“It is that colonial technology that doesn’t care about the natives, doesn’t want to integrate them with society, and wants to erase them from the earth,” he described the colonial process all over history which is typically similar to what is happening now in Palestine under the Israeli colonial occupation.

Meanwhile, Mezan Qumisyeh, Palestinian writer and activist, shed light on the resistance acts that “go in waves”. About the possibility of waging an upcoming uprising, Mr.Mazen said, “this will continue as long as the colonization is not resolved.”

“All the conditions of an upcoming uprising are there” he pointed out, adding that the Israeli colonizers’ violence, which has claimed the lives of up to 200 Palestinians so far in 2022, is yet another contributor to an uprising in Palestine.

For her part, Charlotte Kates, International Coordinator at Samidoun Network, spoke about the current situation of Palestinian prisoners in Israeli prisons, asserting the importance of ‘hearing their words and adopting their narrative’.

Moreover, Sarah Wilkinson, an English activist and influencer who is well known for her support for Palestine, shed light on the policy of censorship of Palestinian content. “ the worst kind of censorship is that when you post something critical about a loss of human being and you think everyone reads it, but actually no one sees it.”