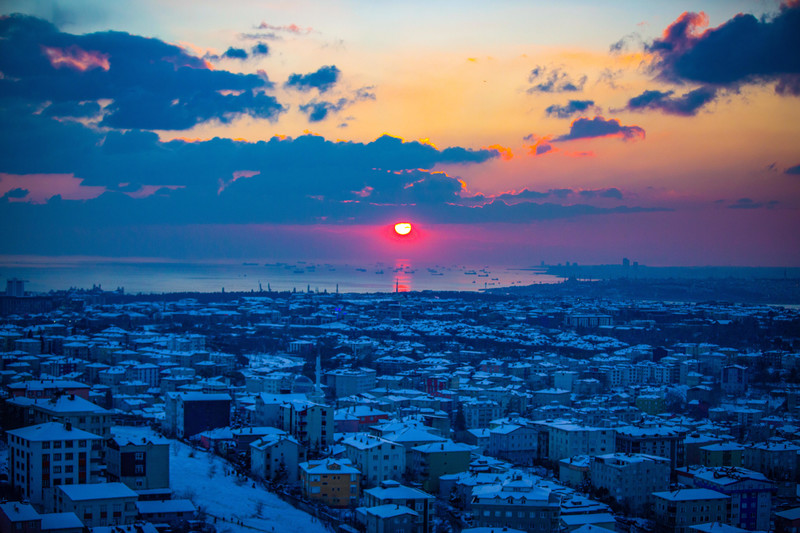 I’m a 31-year-old woman who has lived in Gaza most of her life.

I love Gaza – I belong to its people and I have lived through its wars, experiencing all the trauma and pain that have formed an indescribable bond among those of us living in this small corner on the map.

But I’ve always longed to travel outside Gaza, despite the limited opportunities we have to do so, given the numerous travel restrictions Israel imposes on us.

A few months ago though, in September, I had the chance to travel to Istanbul for work. Since then, when I’ve tried to write about the experience, it’s proved too overwhelming.

For years I’ve been in denial about the world outside of Gaza, maintaining the view that, though life is sometimes unbearable in Gaza, I really can’t be missing that much.

In this way, I’ve avoided disappointment for so long. But this past trip, I really came to understand what I’ve been missing: those small details of a normal life.

Panic in the air

On the plane from Amman, my heart began to beat quickly. My hands trembled and I felt a sharp pain in my stomach. It was a panic attack brought on by my first time flying.

I still feel embarrassed about it and about how, at the airport, I was like a child, fumbling through check-in and unaware of basic travel procedures, having to ask strangers and staff about where to go, where to put my bag, where to show my passport.

I was excited but nervous. Grateful to be traveling. But, in talking to the passenger next to me, a Jordanian man in his thirties, I realized that a person living in Gaza can only travel so far. I could never entirely disconnect from the realities of life in Gaza.

He was en route to France with his elderly mother, to celebrate her birthday. And while I was happy for them, my head hurt in processing this small detail.

That something so simple – traveling abroad to celebrate a birthday – could be so unfathomable to someone like me from Gaza, where even travel for life-saving medical treatment is a struggle, was a painful realization.

I understood then how connected I am to our suffering in Gaza. How, even during good times, my mind will always be in Gaza.

In Istanbul, I took walks around the city, stopping in Taksim Square to admire the modern buildings, the sheer scope of city life. The public spaces were full of musicians and people from all over. The parks were green and pleasant, with gardens and lakes to sit by.

No buzzing from Israeli drones, no fear of conflict, no murals and reminders of martyrs or political factions.

I felt at peace during these walks, albeit temporarily. With each new experience, a sense of unbridled excitement came over me. A voice inside my head articulated new desires that I’d long stifled:

I want to get used to 24-hour electricity. I want my children to have safe places to play. I want to live without fear of conflict. I want to travel freely.

I want to have a normal life.

As a Muslim, I believe we have our waking lives and then, after we die, we have an afterlife. But in Gaza, Palestinians do not have this luxury of a life on earth. It’s only death and the afterlife for us.

We often praise our strength and patience. We are strong and resilient. As if we had an option. It’s the only way we know how to be.

When my trip to Turkey ended, I felt like I was saying goodbye to more than the place. I was leaving behind a more normal existence, where I could largely take peace for granted. I hoped that one day, this sense of normalcy is something Gaza can have.

Sarah Algherbawi is a freelance writer and translator from Gaza