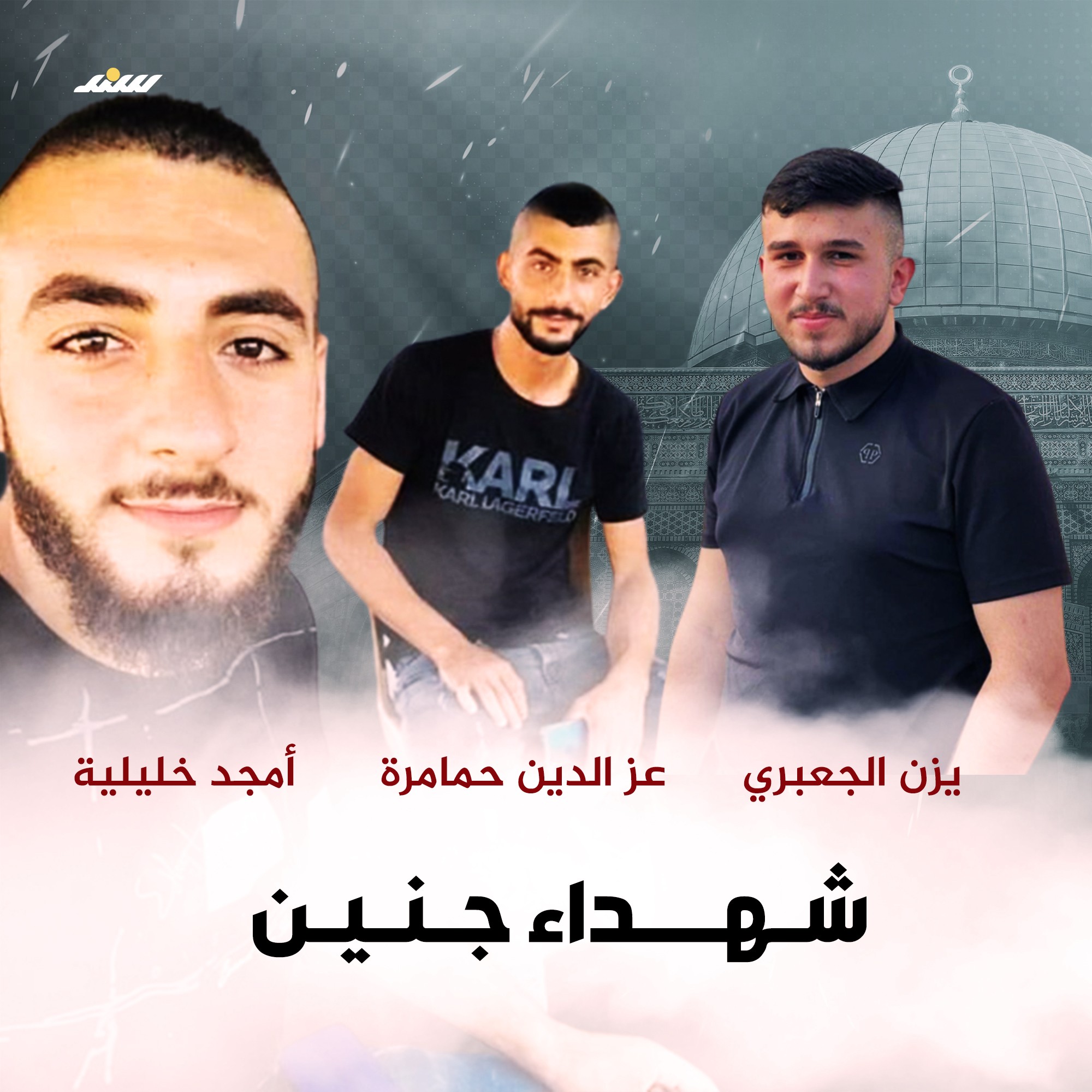 Palestinians announced today, Saturday, January 14, a strike over the West Bank city of Jenin after Israeli occupation forces killed three young Palestinian men during a raid on the city.

The announcement on Saturday came after Palestinian media reported earlier in the day that Izz Eddin Hamamreh, 24, and Amjad Khalilieh, 23, were shot dead during confrontations with Israeli forces near the village of Jaba’, south of Jenin.

The Palestinian Health Ministry also announced that 19-years-old Yazen Jaabari succumbed to his wounds after being shot by occupation forces in the village of Kafr Dan, near Jenin earlier this month.

The latest deaths bring the number of Palestinians killed by Israeli bullets so far in 2023 to twelve, including three children.

Reacting to fresh Israeli crimes, the Hamas resistance movement said it holds the occupation accountable for its continued crimes and violations against Palestinians, and reaffirms that the the occupation’s acts of aggression will not go unnoticed.

The Islamic Jihad resistance movement also denounced the latest killings, describing the two Palestinian youths who were killed in Jaba’ as “heroic martyrs.”

It also noted that these two Palestinians were killed while trying to intervene against the “occupation forces which were carrying out a cowardly assassination operation.”

Israeli forces launch raids on various cities of the occupied West Bank almost on a daily basis under the pretext of detaining what it calls “wanted” Palestinians. The raids usually lead to violent confrontations with residents.

Over the past months, the Israeli occupation has ramped up attacks on Palestinian towns and cities throughout the occupied territories. As a result of these attacks, dozens of Palestinians have lost their lives and many others have been detained.

The United Nations marked 2022 as the deadliest year for Palestinians in the West Bank in 16 years.

Israeli occupation forces killed at least 171 Palestinians in the West Bank and occupied East al-Quds last year, including more than 30 children. At least 9,000 others were injured as well.