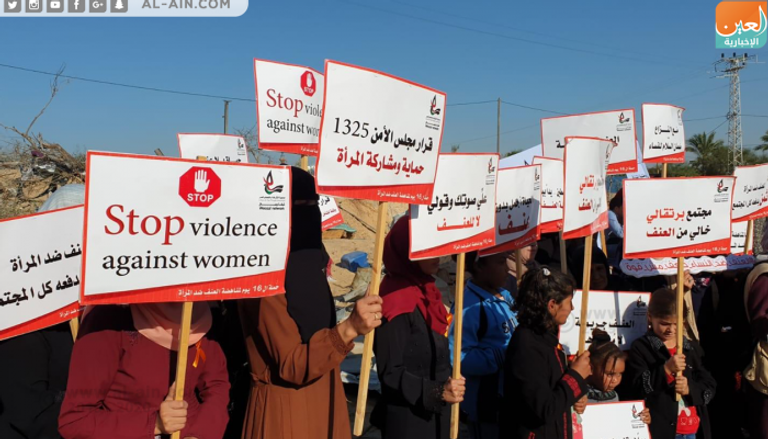 These days coincide with the media campaign on the occasion of the International Day for the Elimination of Violence against Women for a period of 16 days, starting from November 25 until December 12.

In Palestine, campaigns are launched in refusal of violence against women, especially since the Palestinian woman has a different situation, as she is under occupation and constantly swallows the bitterness of injustice and violence.

The Palestinian woman is the mother and wife of a martyr, a prisoner, and a freedom-fighter and she struggles with life on a daily basis.

In addition, the practices of the Israeli occupation against the Palestinians have daily repercussions on Palestinian women in all educational, cultural and economic aspects.

These campaigns come in light of the (Israeli) occupation’s escalation of its barbarism and racist policies with the aim of controlling the land through continuous settlement expansion, the Judaization of Jerusalem, the demolition of homes, the displacement of our people, and the continuation of the siege that left poverty at a rate of 59%, and unemployment at a rate of 44%.