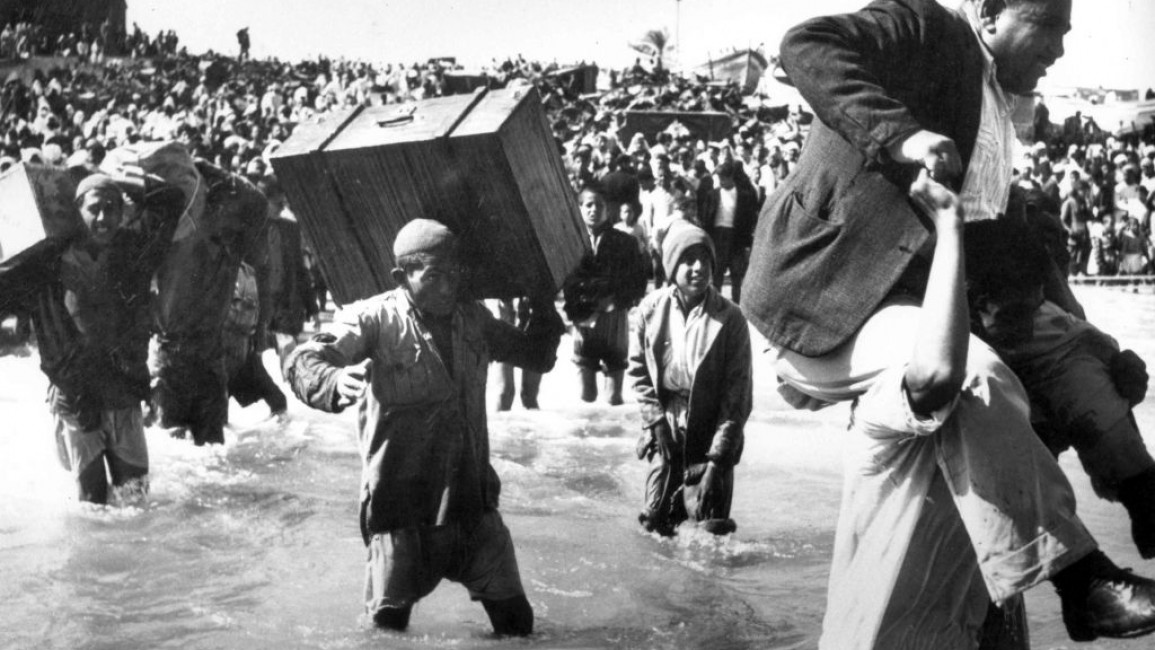 Historians have discovered official documents proving that Israeli Occupation Forces poisoned wells to prevent expelled Palestinians from returning to their home villages during the 1948 Nakba.

The operation took place in April 1948 when Israeli forces, using chemical and biological weapons, were in the process of expelling hundreds of thousands of Palestinians from their homeland, fleeing to neighbouring Arab countries. At a time when massacres were committed in Palestinian villages by Israeli occupation forces along with foreign missionaries.

The documents also showed that the Israeli Occupation intended to get on with the operation in many Arab neighbouring cities such as Cairo and Beirut.

One of the historians said that the substance used in the poisoning was causing mass infections of dysentery and typhoid, adding that such diseases spread in Acre.

The poison was produced in a unit in the Israeli Occupation’s Science Corps that dealt with biological warfare in which dozens of Palestinians fell ill because of the poisoning, according to the documents.

In May 1948, Egyptian authorities arrested two Israeli soldiers in Gaza City, posing as Arabs, with tubes containing typhoid germs in their possession. later on, the operation was exposed.