Disclosure of an Israeli Plan to Militarily Take Over the Naqab 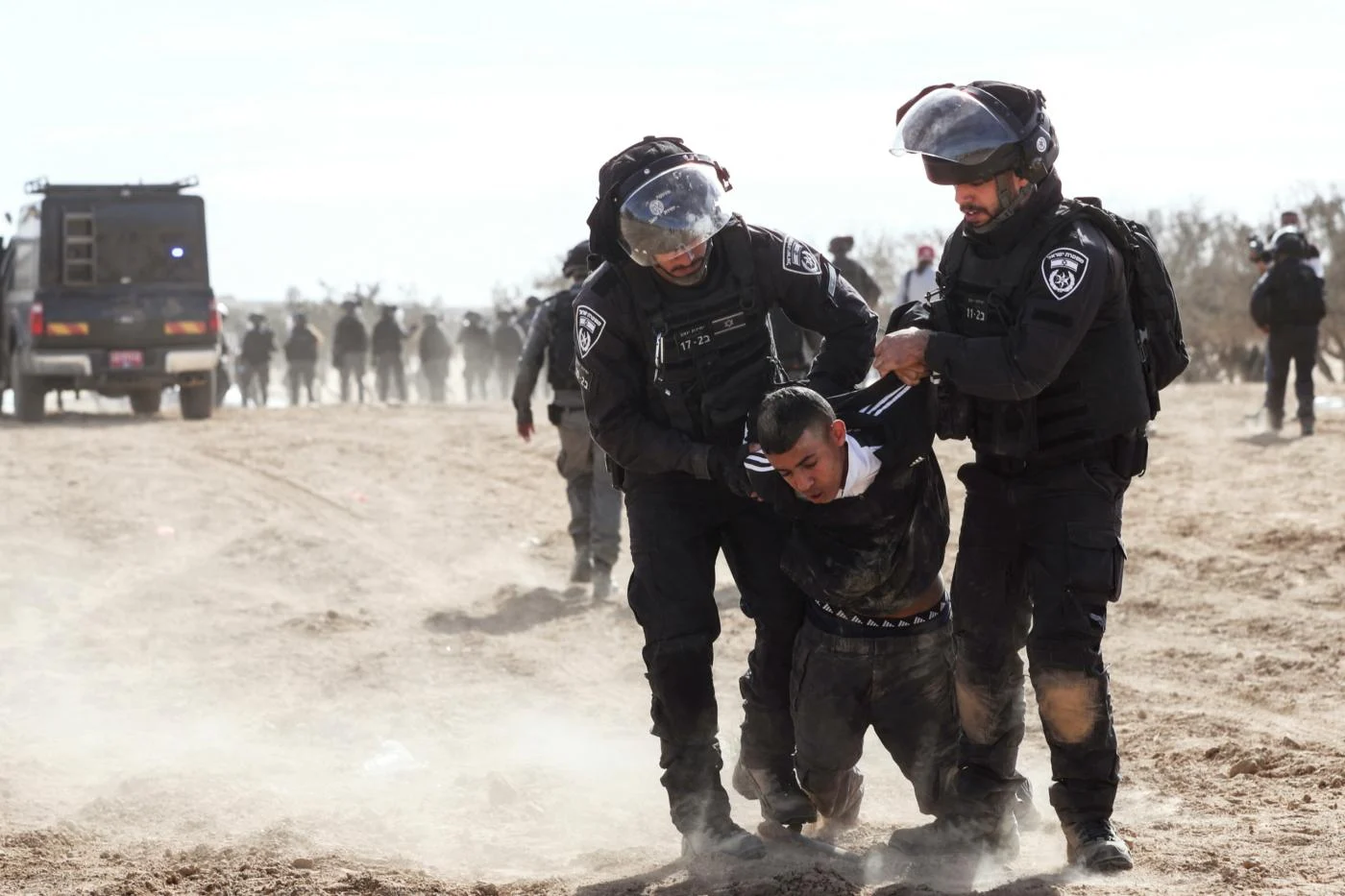 An investigation published by Haaretz newspaper, today, Monday, revealed an organized Israeli government plan with the aim of controlling the Naqab and displacing its Palestinian Bedouin residents.

According to the lengthy investigation revealed by Professor Gadi Al-Ghazi, a lecturer in the Department of History at Tel Aviv University, the plan refers to a military operation led by Moshe Dayan when he was commander of the Southern District in the Israeli army, and its goal, according to the documents, is to forcibly isolate the Bedouins from their lands.

Dayan sent a message to the military and political administration at the time, that if the Bedouins were not voluntarily removed from their lands, the occupation army would have to move them by force. Al-Ghazi believes that although the Israeli Ministry of Justice considers this case to be over, like its predecessors, there is still a chance that these articles, which he described as “historic,” will become a legal precedent.

In his investigation, Al-Ghazi reveals for the first time the operation that began in November 1951, a large-scale operation carried out by the southern region of the Israeli army, with the approval of the Chief of Staff at the time, Yigael Yadin, to evacuate the Bedouins and transfer them to another area in the Naqab.

Al-Ghazi pointed out that this operation denies the allegations made by David Ben-Gurion in the Knesset during that period, about how the process of organized transportation of the Bedouins from the northwest of the Naqab, to a barren area, in order to seize their lands. Al-Ghazi pointed out that this operation was illegal, as evidenced by the exchanged notes between the military administration officers who carried out it at the time, noting that the Bedouins were not given written “transfer” orders at the time and that they were subjected to threats and military violence and tried to hold on to their lands even at the expense of hunger and thirst Reports were transmitted showing that the operation was carried out with a voluntary evacuation of the Bedouin population.

Al-Ghazi’s search led to a letter sent by Dayan on September 25, 1951, to the General Staff, in which he proposed the possibility of transferring Bedouins from the vicinity of “Kibbutz Shoval” to areas south of the Hebron-Beersheba road, which would save 60,000 dunams. To establish Israeli settlements, this will mean that none of the Bedouins will remain on the north of the Hebron-Beersheba road, and in addition to security considerations, their right as landowners will be revoked and they will act as tenants of Israeli government land.

It appears from the documents that the Israeli army used military force in an attempt to expel the Bedouins from their lands, but they resisted and this was later done through some negotiations with representatives of the residents, which was confirmed by local residents of the village of Al-Araqib, whose area was reduced after the seizure of most of its lands in those areas. The years, and that they were subjected to harassment, arrests and repeated attacks when they were trying to return to their lands that were evacuated by agreement to return to it after conducting military exercises there.

Al-Ghazi says that (Israel) instilled in the Bedouins a feeling that the eviction is only temporary, and that it comes for various purposes, including military, including to cultivate the land and others, and that some residents have submitted before the Israeli courts papers from the Israeli military ruler that the evacuation of some of them from their lands will be for a period of 6 months only, and the lands will be returned for them. During court sessions held in recent years regarding attempts to displace Bedouins from the Naqab, representatives of the Israeli public prosecutor objected.

The opinion of Al-Ghazi, who spoke before the courts about the case, is that the process of displacing the people of the Negev is taking place for civil and not military and security considerations, while “prosecutors and the state” claimed that Moshe Dayan did not know the criteria that were later enacted in the laws.

“Nevertheless, there may be those who argue that Dayan may have been aware of long-term political plans by virtue of his position,” Al-Ghazi says. Al-Ghazi has recently attended court sessions on some cases brought by landowners in the village of Al-Araqib to demand the return of their confiscated lands, and the presence of evidence in their possession confirming their ownership of it.

Al-Ghazi comments on the ongoing legal efforts by saying: “Those who carried out the operation at that time and knew that it was not legal made sure not to write it down and that with regard to events that occurred 70 years ago, what was revealed only are some documents in the archives of the Israeli army, We are waiting for the day when we can review them all.”